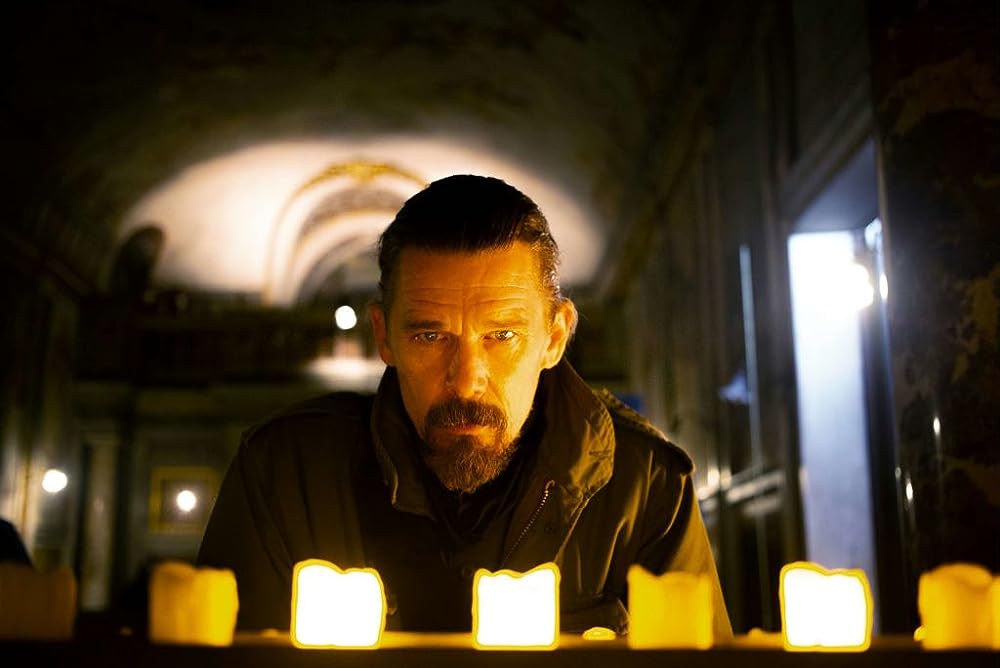 Zeros and Ones: Directed by Abel Ferrara. With Ethan Hawke, Valerio Mastandrea, Babak Karimi, Cristina Chiriac. An American soldier stationed in Rome with the Vatican blown up, embarks on a hero's journey to uncover and defend against an unknown enemy threatening the entire world.

Zeros and Ones - Wikipedia

After witnessing the Vatican blown into the night sky, an American soldier stationed in a post-war Rome under lockdown sets out on a mission to uncover the truth for the world to see -- and stop the true terrorists responsible. Fake news, espionage, American soldiers, Chinese middlemen, Middle Eastern holy men, provocateurs, diplomats, rogue elements of the CIA, the KGB, Mossad, informants, killers and rebels all play a role. Allegiances and history are fluid, and data and information are the most valuable and only commodity.
Click to expand...