A music-loving kinkajou embarks on the journey of a lifetime to fulfill his destiny and deliver a love song for an old friend. 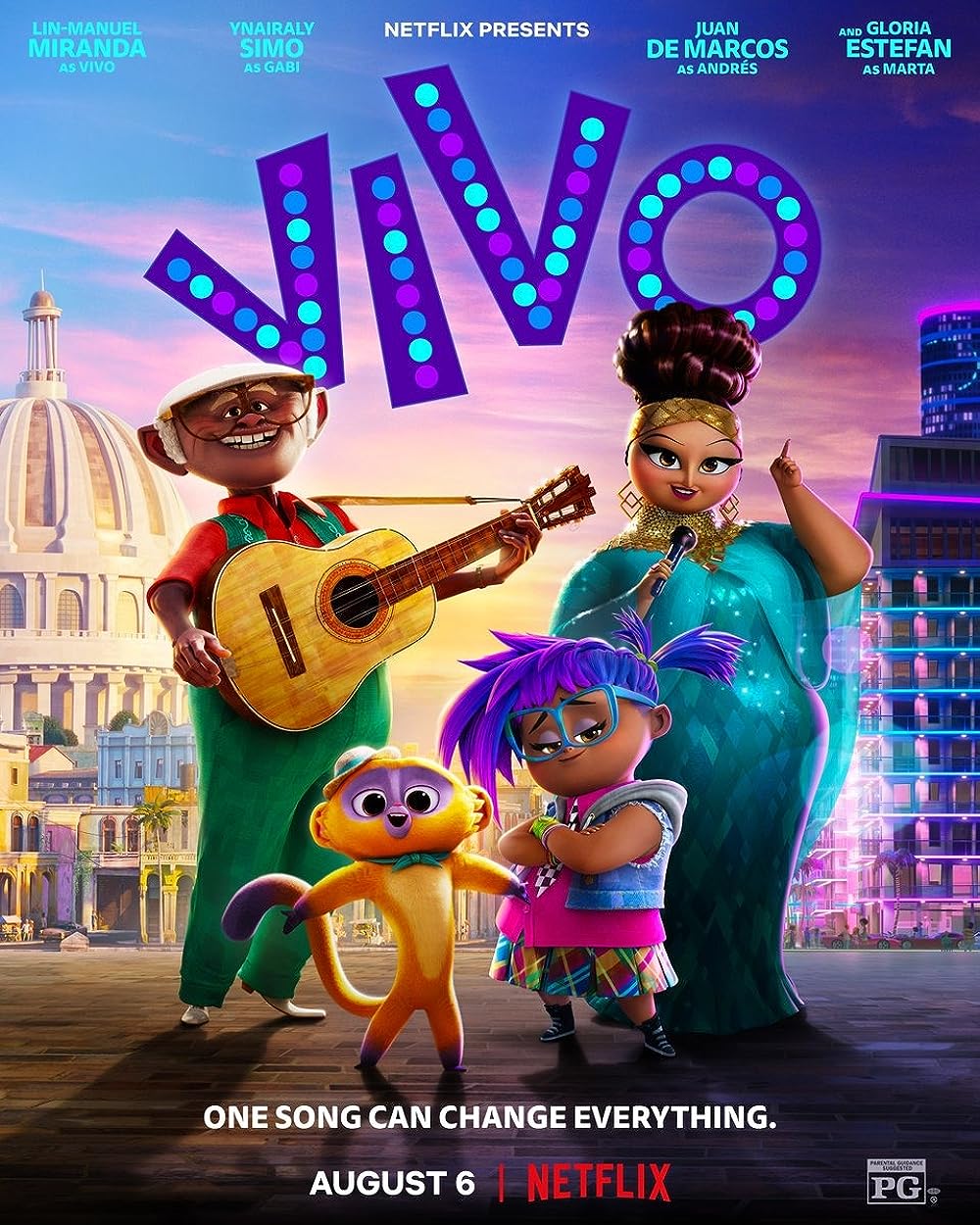 An animated musical adventure that follows VIVO, a one-of-kind kinkajou (aka a rainforest “honey bear,” voiced by Miranda), who must find his way from Havana to Miami in order to deliver a song on behalf of his beloved owner and mentor Andres (Buena Vista Social Club’s Juan de Marcos Gonzáles).

The film features original songs by Miranda, a score by Alex Lacamoire, and a screenplay by Quiara Alegría Hudes and director Kirk DeMicco (The Croods). Vivo is also co-directed by Brandon Jeffords (Cloudy with a Chance of Meatballs 2).

Voice talent includes three-time Grammy-winning Latin pop legend Gloria Estefan as Marta, the love of Andres' life, newcomer Ynairaly Simo as Gabi, Andres' grand-niece, Zoe Saldana as Rosa, Gabi’s mother, Michael Rooker as Lutador, a villainous Everglades python, Brian Tyree Henry and Nicole Byer as a pair of star-crossed spoonbills, Leslie David Baker as a Florida bus driver, and Katie Lowes, Olivia Trujillo, and Lidya Jewett as a trio of well-meaning but overzealous scout troopers. VIVO is an exhilarating story about gathering your courage, finding family in unlikely friends, and the belief that music can open you to new worlds.
Click to expand...