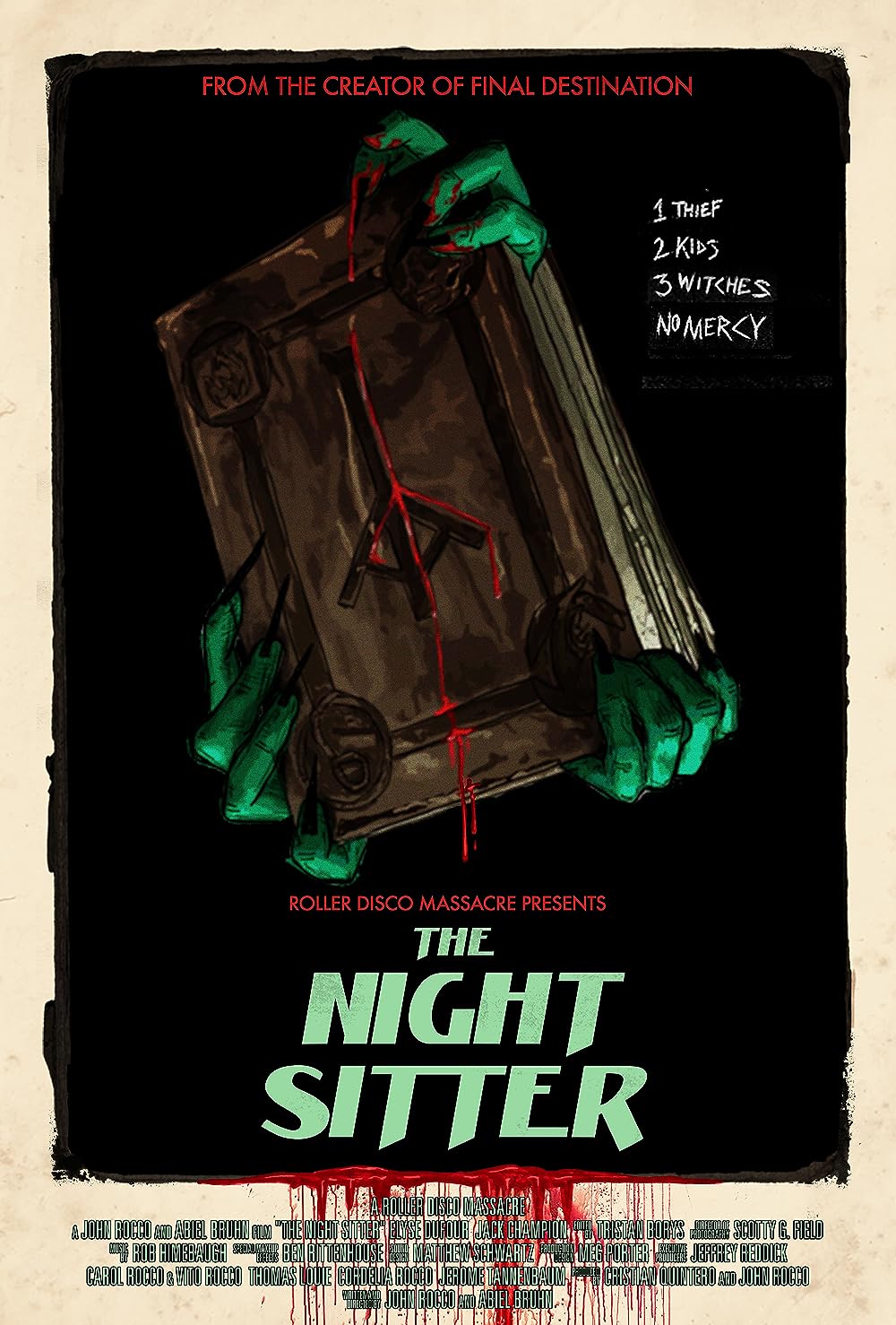 The Night Sitter: Directed by Abiel Bruhn, John Rocco. With Elyse Dufour, Jack Champion, Jermaine Rivers, Amber Neukum. A con artist poses as a babysitter to steal from a wealthy occult enthusiast. One of the kids she's sitting unwittingly summons a trio of witches known as The Three Mothers.

When a scheming con artist (Elyse DuFour, The Walking Dead) poses as an innocent babysitter called Amber, in a bid to steal from a wealthy occult enthusiast, a trio of witches are accidentialy summoned by the mans reclusive son, Kevin, as his sitter sets about stealing his fathers valuables. As the playful, sadistic witches start picking people off, Amber and Kevin form an unlikely bond and try to survive the night together.

Inspired by masters of cinema Argento, Raimi and Carpenter, The Night Sitter is a nostalgic, creepy-as-hell horror described as Home Alone meets The Evil Dead.