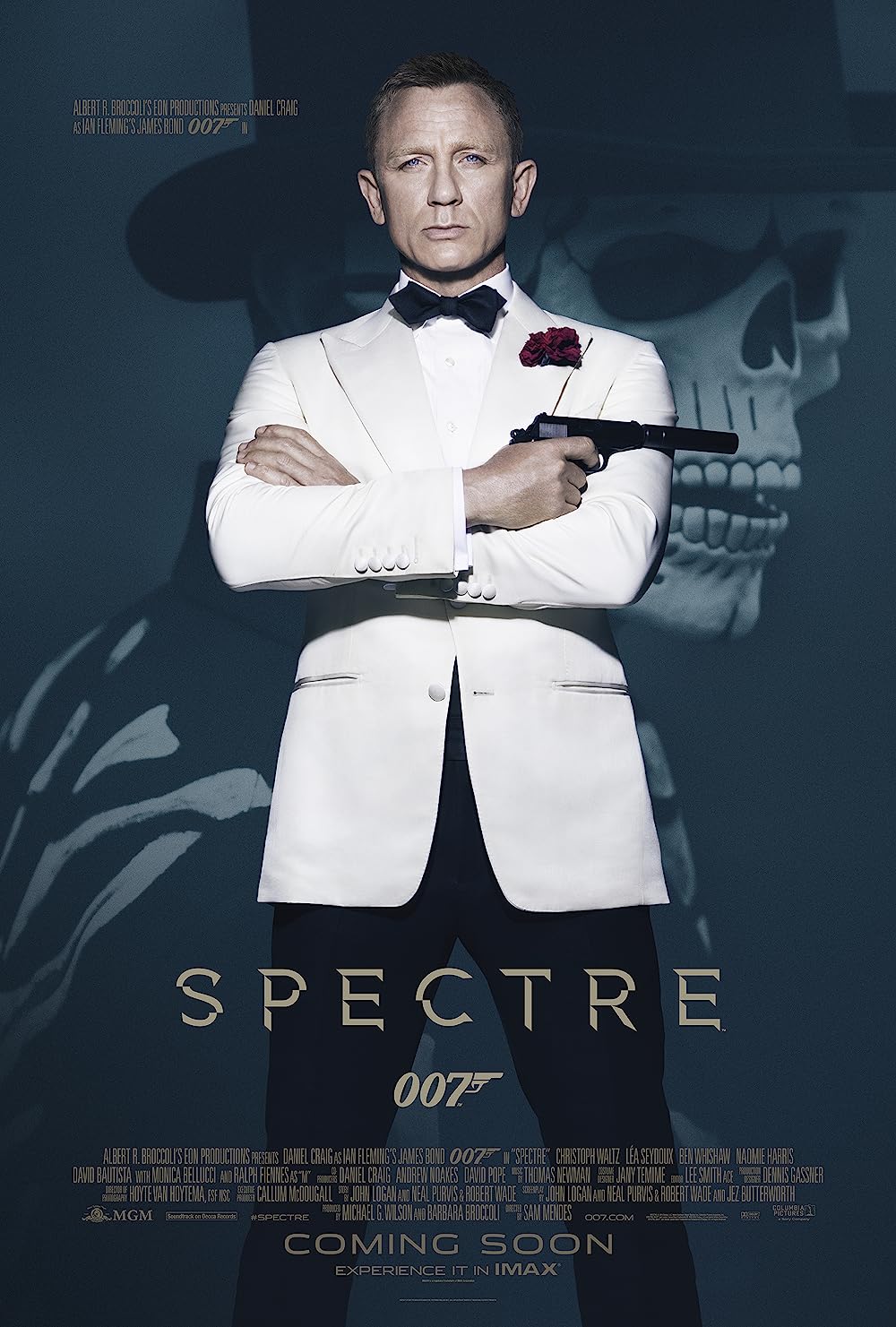 Spectre: Directed by Sam Mendes. With Daniel Craig, Christoph Waltz, Léa Seydoux, Ralph Fiennes. A cryptic message from James Bond's past sends him on a trail to uncover the existence of a sinister organisation named SPECTRE. With a new threat dawning, Bond learns the terrible truth about the... 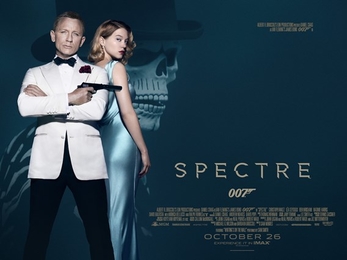 Skyfall Follow-Up Gets a Writer and Release Window

The Daily Mail reports that the plan is for the untitled movie to start shooting next fall at Pinewood Studios with a target release date of fall 2014. They also note that writer John Logan has been hired to write the 24th film in the series. Logan was brought onto Skyfall to rework the script written by Neal Purvis and Robert Wade.

No, I don't know where that's come from," said Craig, "It's impossible to do a two parter, I heard that someone was talking about that we're doing a two parter, but that's the first I've heard about it. We can only do them one at a time, they take six months to shoot. You can't write one movie thinking about the next. All we're trying to do is get the next one sorted out and it'll stand on its own and if I'm able I'll do another one after that."
H

"Casting has begun for the main assassin, with the search specifically focussed on someone extremely physically fit and over 6' 2". Whoever wins the role will have several altercations with Daniel Craig's 007 throughout the film and also a driving sequence. Former sports athletes will be under consideration along with anyone 'very unusual'. The character has the working name of 'Hinx' (which may change before shooting starts) and is said to be between 30 and 45 years old... The goal is to find the next Jaws or Oddjob - a henchman so different to anything that has gone before that they will become instantly iconic in the film series." they say.
Click to expand...

Sam Mendes will begin filming the 24th James Bond film on Dec. 6, with the main cast members meeting for a table read that date at Pinewood Studios.

MGM, Sony and producers Michael G. Wilson and Barbara Broccoli announced last summer that they had locked in release dates for the film, setting the U.K. launch for Oct. 23, 2015, and U.S. for Nov. 6, 2015.
Click to expand...

The new film, set for release on November 6, 2016, will again be directed by Mendes, helmed Skyfall helmer. Barbara Broccoli and Michael G. Wilson will produce.
Click to expand...

Nice. I don't like him much but he is an incredible actor.

It’s not exactly a speedboat on the Thames, but Thursday’s Bond 24 event is sure to kick up a raft of global excitement. That’s when the moniker for the latest 007 yarn will be unveiled at Pinewood Studios. The event will be streamed at 007.com, and we’ll carry the live video here at Deadline that morning. Also to be divulged is the full cast of actors who will alternately cozy up to or try to kill Daniel Craig’s superspy. Expected to return are Ralph Fiennes as M, Ben Whishaw as Q and Naomie Harris as Miss Moneypenny. I’ve also heard that Monica Bellucci may be in the mix.
Click to expand...


SPECTRE (SPecial Executive for Counter-intelligence, Terrorism, Revenge and Extortion) is a fictional global terrorist organisation featured in Ian Fleming’s James Bond novels, as well as the films and video games based on those novels. The organization was led by the villain Ernst Stavro Blofeld.
Click to expand...

There is no k in the name

The K is silent.
P

I liked "Casino Royale" and "Skyfall" but "Quantum of Solace" not so much. Looking forward to "Spectre."

well. there is a reason why he is a serious bond.