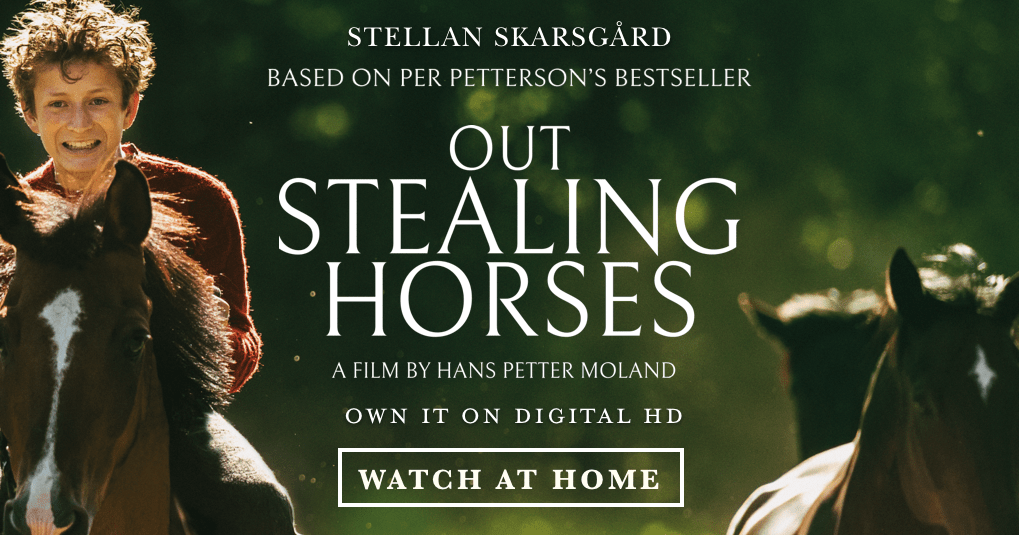 November, 1999. Following the death of his wife, 67-year-old Trond Sander has retired from Oslo to a small village in the east of Norway. The millennium is coming to an end, and so too it would appear is Trond’s life. One winter night he suddenly recognizes an old acquaintance from his youth in...

November 1999: 67-year-old Trond (Stellan Skarsgård), lives in self-imposed isolation and looks forward to welcoming in the new millennium alone. As winter arrives he meets one of his few neighbours, Lars (Bjørn Floberg), and realises he knew him back in the summer of 1948. 1948 – the year Trond turned 15. The summer Trond grew up. OUT STEALING HORSES is based on the bestselling novel by Norwegian author Per Petterson, which received several important international awards and was included in The New York Times ’10 Best Books of 2007 (Fiction)’. Petterson’s novels have been translated into more than 50 languages.
Click to expand...