All any third party software will do is to retrieve the information shown on that page.

Hmmmm okay. Well let's leave it at this for now.

Okay, this is probably my final update (that doesn't mean I'm leaving or I'm going to stop replying) as far as interacting with MTNL is concerned, for the particular issue that I've been posting about in this thread.

Finally received a mail this morning from the GM of the exchange, it was CC'd to me, and forwarded to some personnel whose names I did not recognize, instructing them to "upgrade my profile to 8 Mbps". A couple of hours later I received a call from the Broadband person, who I had been in touch with, but had stopped answering my calls after increasing my data rate but not upgrading my User ID, as @Karan had suggested I mention to them. Thanks @Karan .

This individual told me they had informed, what was it she said, "the knox room" or something like that to upgrade my profile and asked me to reset my modem in about an hour and a half.

Well here I am, after the reset, with some positive results. 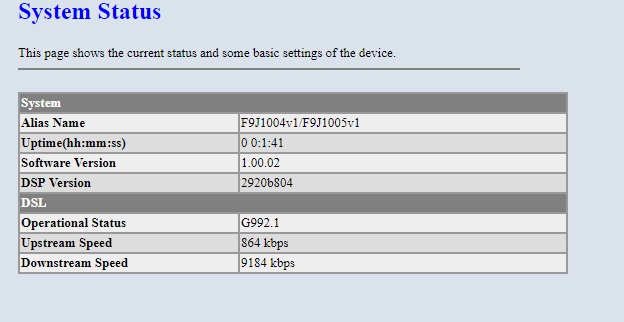 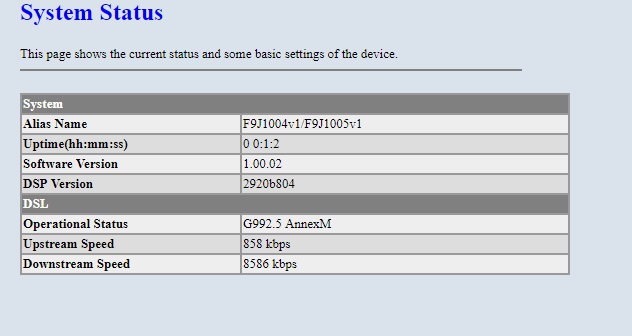 ADSL Diagnostic Test with ADSL2+ (Remember the G.DMT ADSL test is failing so can't say what the numbers are)

In general the speed test results were better with G.DMT so I have reverted back to G.DMT. If you guys notice even the downstream and upstream rates change between G.DMT and ADSL2+.

Also, was wondering about the upload rate, is this as good as it gets, and how does upload rate affect the overall quality of a high bandwidth application, like say streaming high quality videos?

Anyways, I couldn't have gotten MTNL to do this without the help, encouragement, and most importantly the care and involvement of you lot. Really appreciate every single response I got and I'm so glad I found this forum and the great people on it.

Good that things have worked out for you..... MTNL is not for feeble hearted....

I do not think .5Mbps upload will affect much for usual stuff....

Will report back if any changes.

Still waiting for Airtel though. Getting on these MTNL buggers case is just a hobby.

Good to see MTNL step up for a change and actually fix the issue with visible results. Looking at the line stats now, they are the same as they were before, but with a big difference, the sync rate is now what it should have been to begin with. Seems like they not only changed the sync rate, they also worked on your line as well.

The lady called their "NOC", their Network Operations Center, the people who run the show in the back end.

A few days ago, a high clearance truck drove through the line outside my house and brought it down, and simultaneously, in an unrelated incident, an electric box on a pillar nearby caught on fire and sent a current to the MTNL cables, causing about a 1000 lines in the area to go down, as well as burning what the Divisional Engineer referred to as an "XGE Side Rack".

Thankfully my line wasn't a part of those that were affected by the current, so in my case the linesman just had to repair it, and he claims he's raised the height now. XD It'll probably take a few more days for them to sort out the major issue. Hopefully there will be less network traffic in the meanwhile. :closedtongue:

Anyway, what do you mean they worked on my line as well? Do you mean that they physically did something to it? At this moment I have a downstream SNR of 8.2 and Atten of 40. D/L 7.7 and upload .67. Not sure which direction it's going to go in.
K

Yes, I meant physical work on the line. Earlier you had 2.5Mbps sync rate at the same attenuation and SNR, now it is over 8Mbps. Whenever you increase the sync rate, the SNR comes down as there is more signal/bandwidth being used. Unless of-course if your modem is messed up and unable to report these numbers correctly.

I guess they must have told the linesman, or whoever to work on the line itself.

I have another modem, a Tenda, which I don't use. I hooked it up and it gave me an SNR of about 9 consistently. Whereas the Belkin that I use regularly shows it around 6.5. ¯\_(ツ)_/¯

The Tenda, however, was giving me issues when multiple devices were connected. I'm so sick of all this troubleshooting and minute stuff, minute to me at least, that keeps interfering with my overall experience.

The guys at MTNL can also check my SNR and Attenuation right?

I'm in touch with a good guy now. I'm not sure where he's located but he referred to himself as a Technical Engineer. He said he'll monitor the connection to ensure I get the right balance of speed and quality. So he can basically upgrade and downgrade my profile and put in requests to have my lines checked whenever I call him.

On another note the Airtel guys came the other day to drill some white box outside my house. I'm guessing it's not long before their services are also available.