I'm trying out Jio fiber trial and getting issues in some popular online multiplayer games like Fifa 22, fall guys etc. I'm not able to log into either using Jio fiber, so wanted to understand if this is an actual issue that all jio fiber users face(maybe my area issue?). In fifa 22, I rarely get to log into using an ethernet cable into my console but after getting in it's totally unplayable, so it's as good as not getting in, but this kind of indicates, that the servers to the game might not be totally blocked, but it's super high pings that are causing this(not a network guy, jus a guess). Watching some online forum threads and discussions, I got to know that people do see these errors trying to get into the games, but they simply use a VPN(like WARP), but the issue in my case is that I'm not able to use a VPN on playstation, so there's no other way around it other than the ISP providing good latency I guess. I have seen someone write about enabling some modes like UpnP etc, but I'm not sure if they would be applicable here?

One more thing, I am a 2yr+ airtel fiber user, the only reason I'm thinking of switching is that airtel decided to block a ton of sites after some govt bill to block certain sites in my area (J&K), but they mostly thought blocking whole I.P ranges would be easy for them. Now, games like fifa have their servers blocked(Totally) in airtel, which I'm trying to get unblocked parallelly as well.

Any help would be appreciated, thanks.

Hey, I am on JioFiber too and I do not face such issues.
Surprisingly I also get Open NAT on almost all games.
You should enable UPNP and Change DNS under your router settings for troubleshooting.
While it's true, non-P2P games should not be affected by UPNP and are completely irrelevant. In my experience initially, I had connectivity issues with the mentioned games especially the Ubisoft ones but enabling UPNP and changing DNS worked.
If the above does not help since it's well known that many ISPs treat J&K and ROI as different that could be the reason.

Change DNS under your router settings
Click to expand...

Just correct me if I'm wrong but you mean to set it to 8.8.8.8 right or something else? Also another thing I'm unfamiliar with here is that jio also provides ipv6 whereas I didn't have that in airtel, so whenever connecting to a game ipv6 is used, right? Is there a way to only use ipv4 in certain situations or something like that, wanted to test something.. if you have any info on that front...

Luffy said:
Just correct me if I'm wrong but you mean to set it to 8.8.8.8 right or something else?
Click to expand...

Luffy said:
whenever connecting to a game ipv6 is used, right?
Click to expand...

Not necessary. 98% of games rely on IPV4 servers.

Luffy said:
only use ipv4 in certain situations
Click to expand...

You'd need a good firewall for that and lots of headaches and unnecessary ACLs.
If you believe disabling IPV6 will fix the issue then you can disable IPV6 from the Jio-Router. Disabling Prefix Delegation would be good enough to make sure IPV6 is not obtained by client devices.

NAT type is always type 2 in my console, so NAT isn't the issue.
So, enabling uPnP and changing DNS helped somewhat in the sense, I was able to log into the game(still not consistently, 1 out 5 times), and was able to get a match(still not too convincingly, saw some errors, retried, and got into one), after getting into the match, I was getting 40ms ping, playable, didn't stutter. After 2mins, got logged out again due to a connectivity issue. Now, I'm not sure what kind of issue this is, thinking it might be due to some high ping spikes maybe? or something else I'm not too sure, have never seen this kind of issue before.

Ping spikes are common in JioFiber but that did not cause me to boot out of a session.
This is an internal Jio issue that only they themselves can resolve it.
Do you get some kind of error code when it fails to connect? Are you having issues with other multiplayer games as well?

Do you get some kind of error code when it fails to connect?
Click to expand...

It's a very cryptic response saying "Sorry we cannot connect you to EA servers" and then it goes back to main menu.

Are you having issues with other multiplayer games as well?
Click to expand...

Have only tried 2, Fifa 22 and fall guys both don't work. Like a similar kind of issue of not being able to log in consistently, then once you're in, it's just a mess to play it, and it'll kick you out.

I wanted to run a ping test of game servers, but that site seems to be blocked for me on jio fiber: Game Server Ping Test - ping checker 🤷‍♂️
Another big issue is that all these games I'm testing, are on ps5, so there's no plausible way to connect it via a VPN as well, otherwise it would've been solvable in the airtel connection itself. I have seen other reddit posts where people have solved using WARP, but those are PC games..

I got this connection like a week ago to test it before making it perma in the wake of Airtel messing everything up by blocking alot of sites(including Fifa servers), but atm, it seems wayy worse than airtel. At least I know airtel is fully blocking these servers, Jio connects sometimes, so it's just a huge latency issue...

@Luffy Only way to use warp on ps5 is through custom router firmware like openwrt or the router 's stock firmware needs to have wireguard VPN support.

Also tried a lot of different games, it looks like Jio fiber ain't build for it, Airtel even tho it blocked Fifa servers, and was able to run other games, I might just try and keep pushing them to unblock some fifa I.Ps I found online, too hard to get something done from them via tech support.

Facing the same issue on fifa and i have seen alot of people having this issue with jio fiber. Nothing seems to work. Has been 3 months since i was able to play fifa ultimate team. Let me know if u find some solution..

@talibrather Sadly not gonna pursue to find any solution here now. I asked the customer service tech support for this and his response was turn the modem off and on, canceled the subscription right after that.
Now I'm trying to work out how to get a VPN connection in Ps5 in airtel Xstream fiber, that seems the only way left now.
N 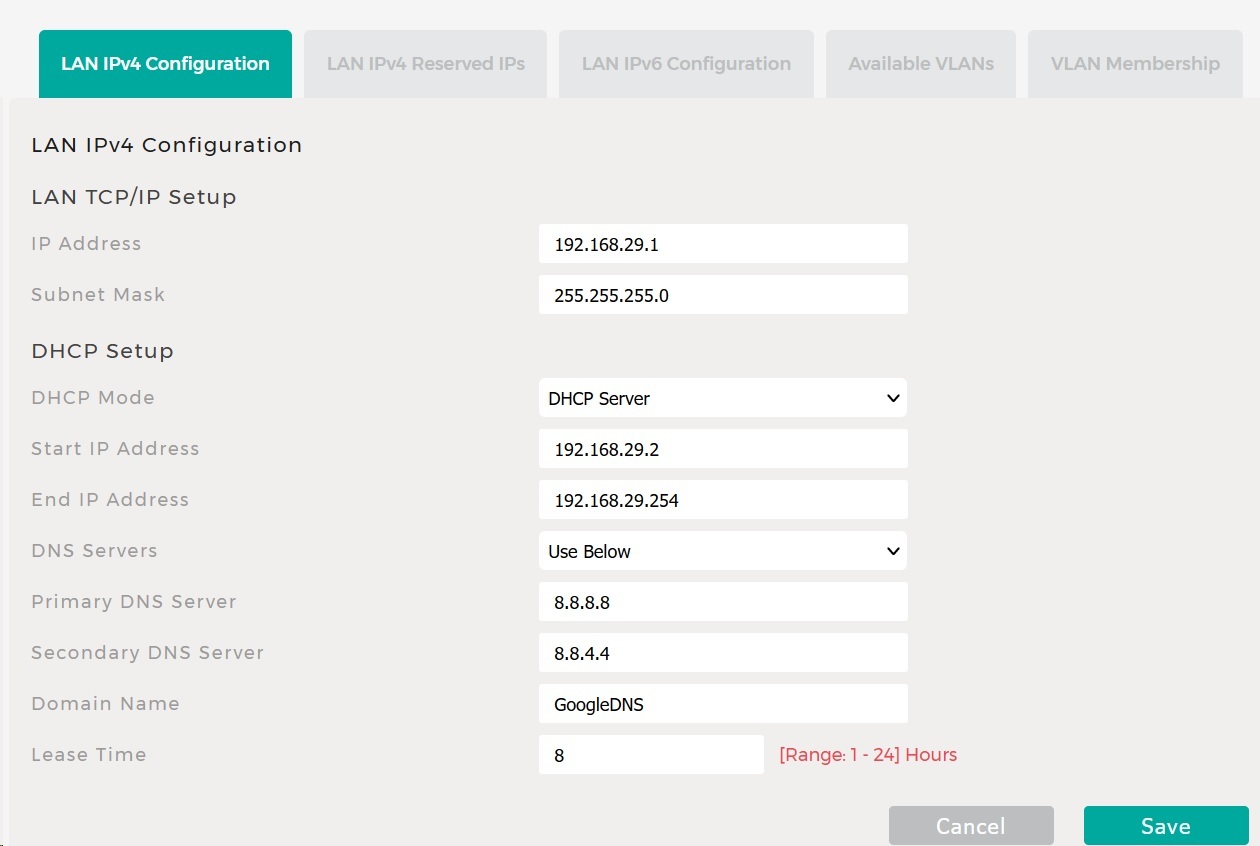 XBOX Networking is now open for me: 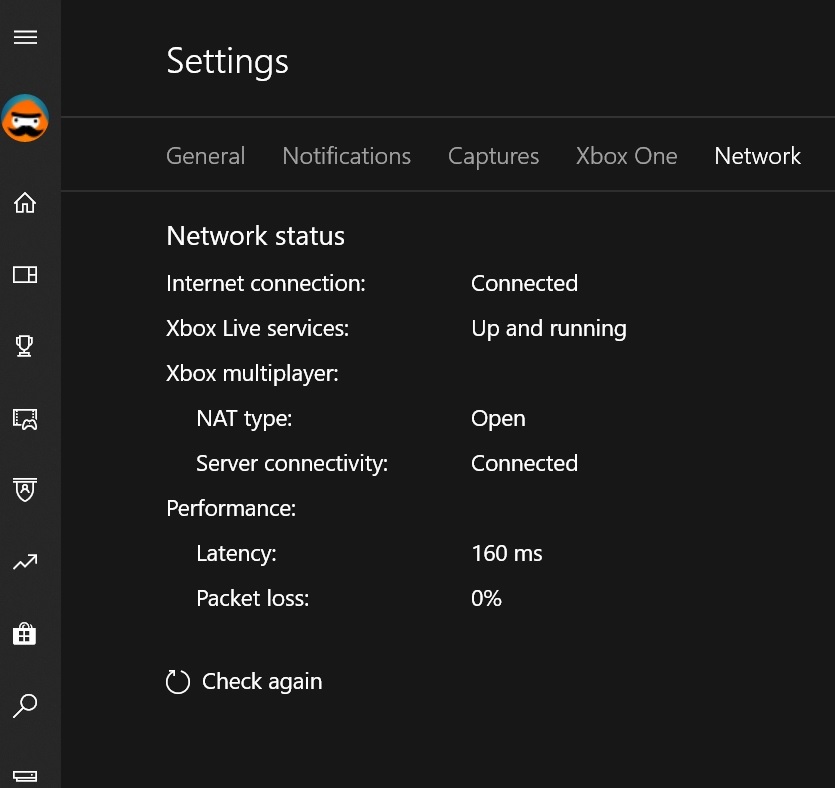 I have been playing Fifa23 since launch on PC and disconnection was never a problem. Now ping going from 30 at launch to 80 past month is my problem that i can't solve.