It is official. Akshay Kumar's next release is now called Gabbar Is Back. Though intermittently there were talks of the film being titled Main Gabbar, the idea has been quashed and the one that has made the cut is Gabbar Is Back.

While the First Look of the film is now barely days away from release, there is a 50 days plan being laid down for Gabbar Is Back, en route its release on 1st May.
Click to expand... 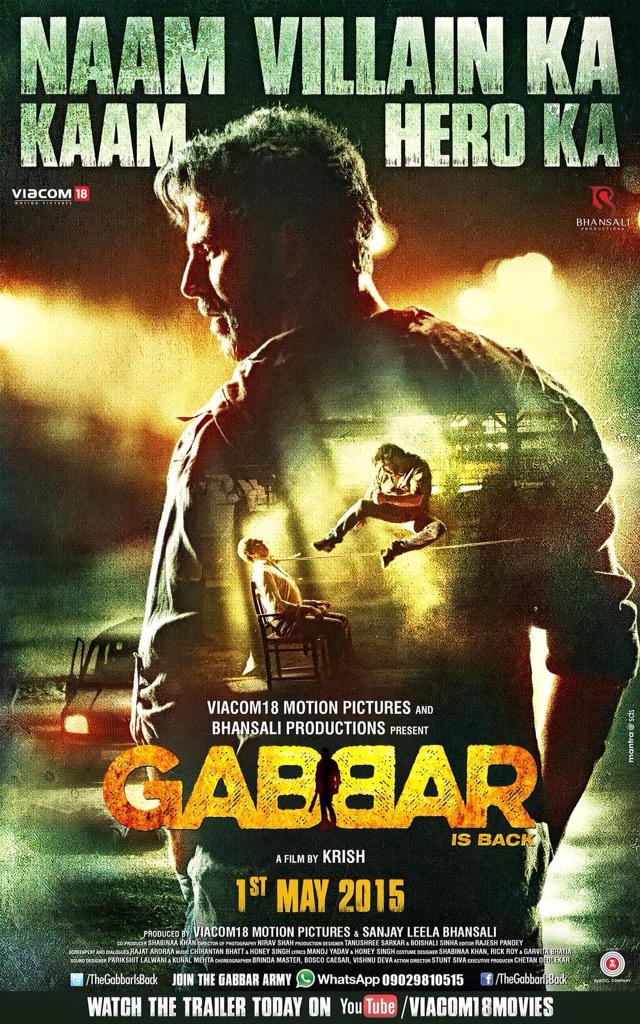