So emailing excitel helpdesk and saying that my account was wrongly flagged as commercial and that reason for high usage for uploading backup of all my files to google drive seems to have worked. My connection is back up but once my current plan expires I will talk directly with LCO and see what happens.
K

One day my usage was high again 100gb in a day. They called me and threatened me that they will suspend the account again if I dont stop. They should not be advertising unlimited data if this is the case. I can probably take them to court over this but not worth the hassle as my subscription expires in a couple of days and I am getting Jio gigafiber installed tommorow so will disconnect Excitel.
D

Get rid of this scam asap.
K

My connection otherwise has been very stable. In 3 months has only been down for a total of 5-6 hours apart from the 1 full day where my account was suspended. So if jio doesnt work out I will try contacting the LCO directly and get connection from them because this commerical usage drama is from excitel and not the LCO.

I've had a similar thing happen with Spectra when i created a support ticket i got a call from them saying they detected high amounts of "broadcasts" so their system disabled my internet access. Though when i asked them if this was related to my high data usage they said no but later on talking to a supervisor of sorts he told me yeah they do have a system that blocks with very high data usage. But mostly its because of devices getting effected with botnets of sorts could easily use the connection to DDOS and stuff plus other reasons.
Once i reassured them that i know what i'm doing and most traffic goes to google drive and my own servers and made them put up a note on my account saying not to deactivate my account in future for suck situations.

That month i had 20TB data usage and 2.5+TB usage in a single day and about 1TB+ the next day same day my connection waas decativated it took about 24 hours for me to create a ticket and them solving it
Since that month i've consistently used 9-15+ TB every month so issues so far.

okay my bad looks like it was more than 20TB that moth lol ! 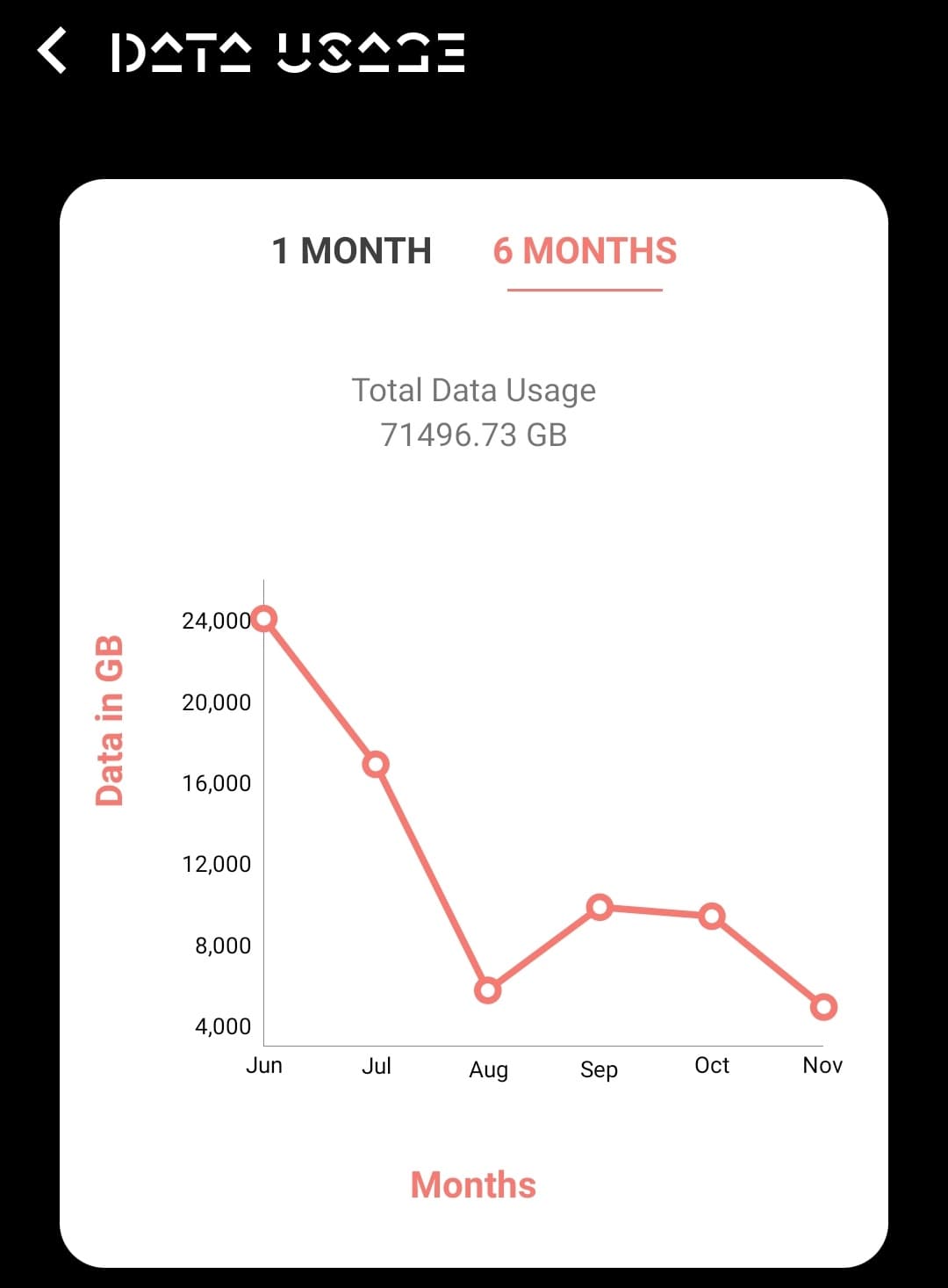 Excitel will bust you with mere 100GB download in a day aka 3TB a month. 10% less that Airtel Unlimited.
R

The_PC_Guy said:
okay my bad looks like it was more than 20TB that moth lol !

How do you use so much data? Really want to know your primary data consumption apps or processes

Please remove baseless claim from title @Sushubh it has been proven many times they do it shamelessly without even mentioning in tncs.

What to do with Excitel Router ?