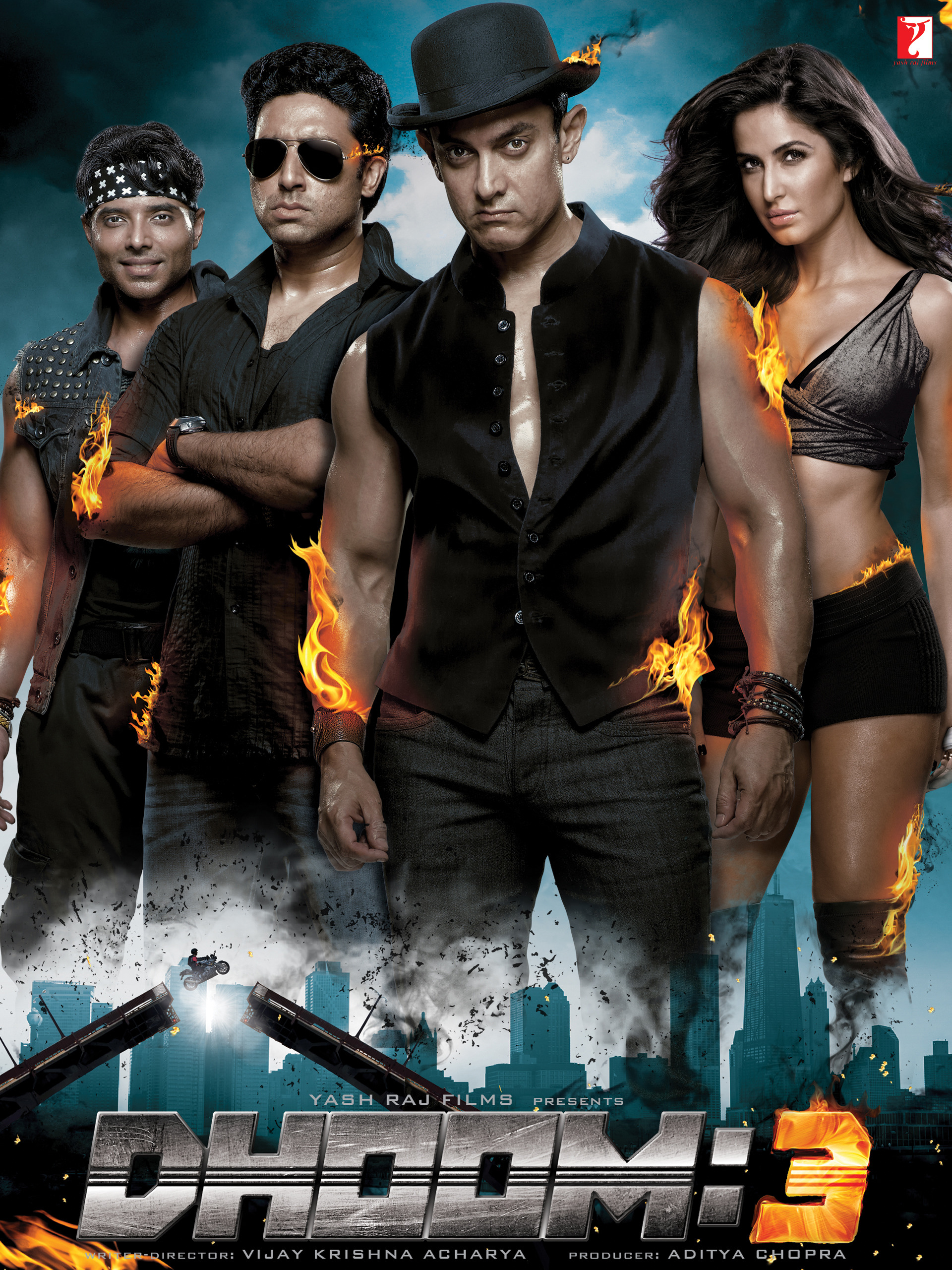 The favourit Indian action franchise is back. This time Jai Dixit (Abhishek Bachchan) & Ali (Uday Chopra) return to match their wits with the enigmatic clown thief, Sahir (Aamir Khan),who has the city of Chicago in his thrall. In this battle of revenge & dignity, the lines blur and the...

Like always, we now have the rumors on the upcoming movie Dhoom 2. Apparently, it still features John Abraham. In simple words, Hrithik Roshan is actually John Abraham in disguise. He is wearing a mask throughout the movie.Sounds pretty stupid right? It is indeed.
Last edited: Jul 19, 2020

I hope we don't find that it is Aishwarya's mask that John is wearing ....LOL

yes it may be a rumour...just like priyanka chopra was an alien in Krrish.
P

I heard this rumour on orkut and several others, like john is hrithik's brother, etc. etc. But if you watch the promo of Dhoom 2 closely, you can observe a person who looks like john.

Watched Dhoom 2... I think Hrithik has been over hyped in the movie. All 3 guys were at best OK in the movie (Atleast Uday Chopra managed to bring me an occasional smile - even if he was overacting), Aishwarya was plain ridiculous, she needs to go back to acting school. Nothing to comment on Bipasha. On the whole Dhoom 2 is 3/10 - 3 for pace of the movie, action/stunts & Uday Chopra. By the way all rumors seem to have gone wrong - i could not find someone looking like John, unless you are talking about the second Bipasha wearing a mask in Brazil .....LOL

Aishwarya was plain ridiculous, she needs to go back to acting school.[/b]

i think she never went to one in the first place.

hmmm..good point....i guess she must have gone to the coke manufacturing unit then & got inspired by all the machinery there.

While Dhoom 2 was released, immediately there was news of sequel Dhoom 3. Rumours also started running about probable star cast for D:3, which included from Amir, Saif and Shahrukh.
But now it looks like SRK is confirmed for D:3
Shahrukh Khan in talks to play an anti-hero in Dhoom: 3

After the super-success of the villain (John Abraham in Dhoom, and Hrithik Roshan in Dhoom 2), the part of the anti- hero has become the most coveted role in B-Town.
Every now and then, big names are being tossed around as being nearly signed for this role and now the latest rumour is that Shah Rukh Khan will feature in the role in this action thriller.
...
Now an insider claims claim that SRK has been approached by the banner to play the main villain in Dhoom 3, \"Last week, SRK was called in for a tentative one-line narration; he was impressed and agreed to be part of the film.\"

Few fans of SRK over here would be happy to read this :ashamed:

Dhoom 1 was a real pleasure to watch.

SRK is known to go behind the successful trends. Needs no brainer dhoom 3 would be super flop.

Dhoom 2 was nothing but full of stupid and unreal stunts.
D

I hope that Uday Chopra is at least not in Dhoom 3.. I cant stand SRK & Uday Chopra together