Another reason for poor expansion is BMC ,they are cutting down overhead wires at prominent places as part of keeping the streets clean and forcing local ISPs to use OFC circuit they have installed around the city ,but problem is it doesn't cover till the last mile ,only to certain points ,so local ISPs doesn't want to pay / buy capacity from BMC for OFC and again pay TPCODL / install poles, over head cables for last mile connectivity.

Moreover ,many local ISPs have restricted the Tier-I ISPs from expanding as they have major political influence. But now ,they(Tier-1) are expanding slowly with proper permission and authority.

Airtel have covered most the apartment where their are more than 100 Flats and it close to the main roads. That was the reply i got from their local guy and appellate authority few months back. Expanding to individual homes/houses will definitely take time they said. 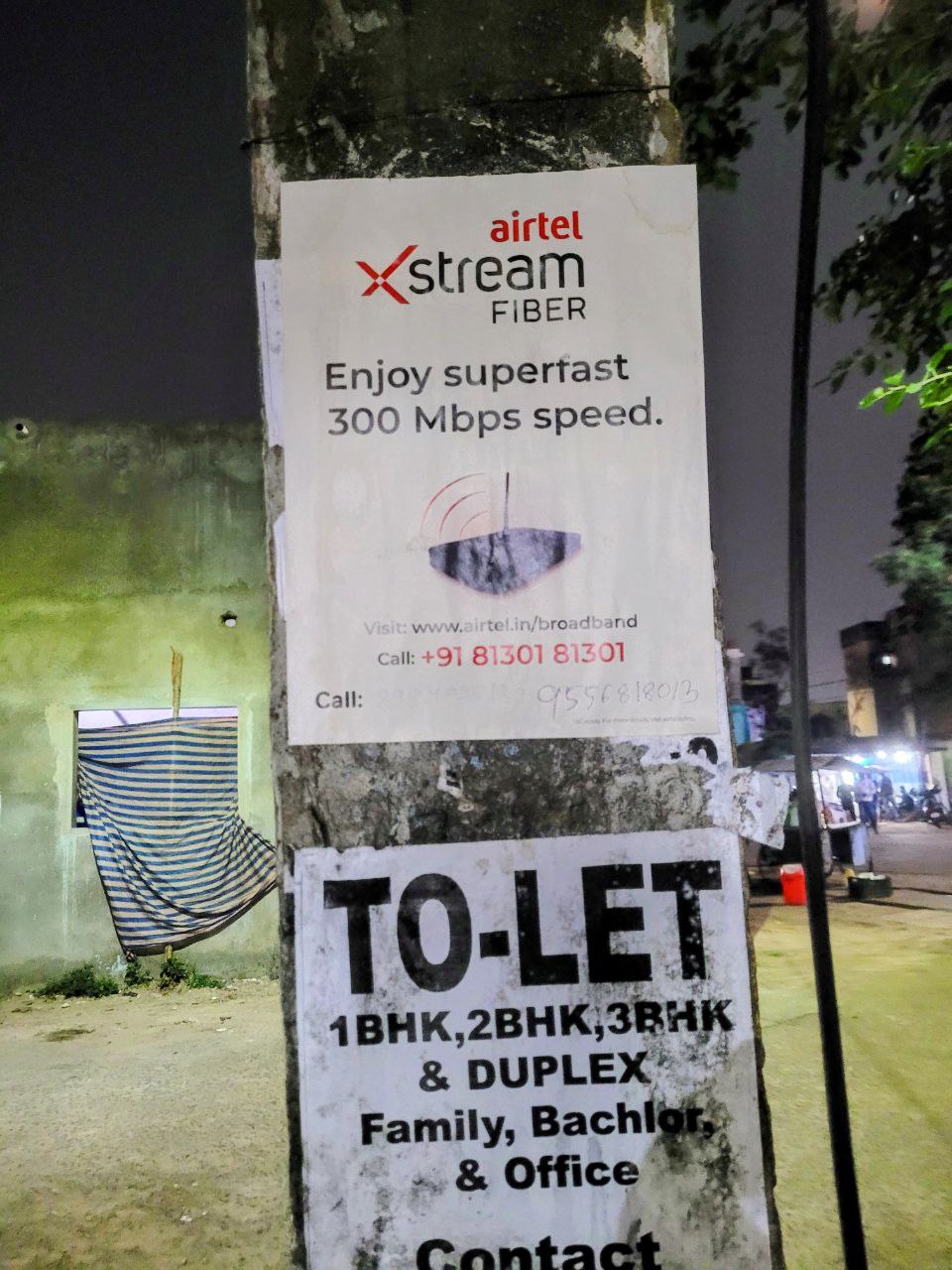 They have Ads/posters like these in Chandrasekharpur area, where they have started giving connection to individual homes.
Last edited: Jul 27, 2022