still has a lot of support. only 10 republicans sided with the vote. and they are far away from kicking him out with less than a week remaining from my understanding. kicking out iirc require 2/3rd of the vote?

For the 25th Amendment to be invoked, Pence and the majority of Trump’s Cabinet would need to declare that Trump is unable to perform the duties of the presidency and remove him. Pence would take over, in that scenario.

Trump could subsequently declare that he is capable of resuming the job. If Pence and the majority of the Cabinet do not contest Trump’s determination, Trump regains power. If they dispute Trump’s declaration, the issue would then be decided by Congress, but Pence would continue to act as president until then.

A two-thirds majority of both Chambers would be needed to keep Trump sidelined. But the Democratic-controlled House could simply delay voting on the substantive dispute until Trump’s term ends, said Paul Campos, a professor of constitutional law at the University of Colorado. 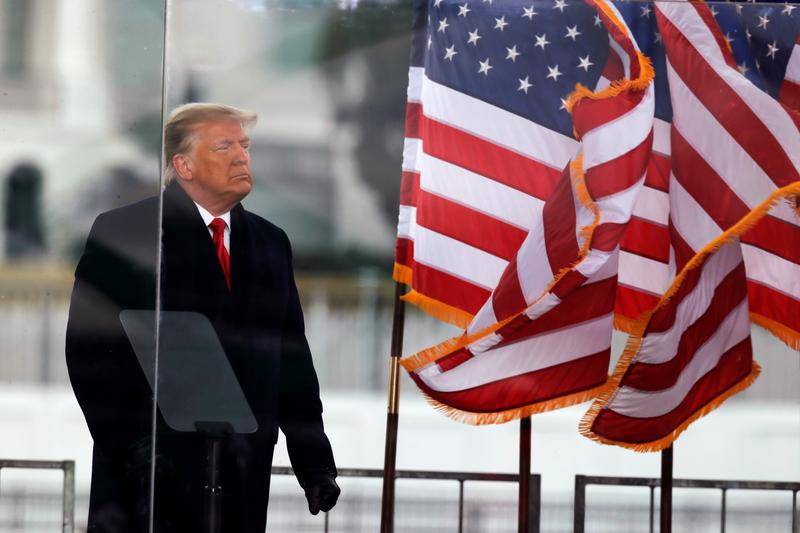 Explainer: How could Trump be removed from office before his term ends on Jan. 20?

The storming of the U.S. Capitol by supporters of President Donald Trump on Wednesday has prompted calls by some lawmakers to remove him from office before President-elect Joe Biden is sworn in on Jan. 20.

The senate would take up his impeachment process after he leaves the office.
But yeah, he still has support of his fellow R's. They sought of support his tirade on Capitol hill. How things pan out when senate resumes is a matter to be seen.

Trump Impeached For 2nd Time, Senate May Hold Trial After He Leaves

The House made history Wednesday by impeaching a president for a second time, indicting President Donald Trump a week before he leaves office for inciting a riot with false claims of a stolen election that led to the storming of the Capitol and five deaths.

www.ndtv.com
One thing also needs to be seen... The reaction of people when he's finally impeached.. Govt needs to pull up its socks to ensure there is no violence. 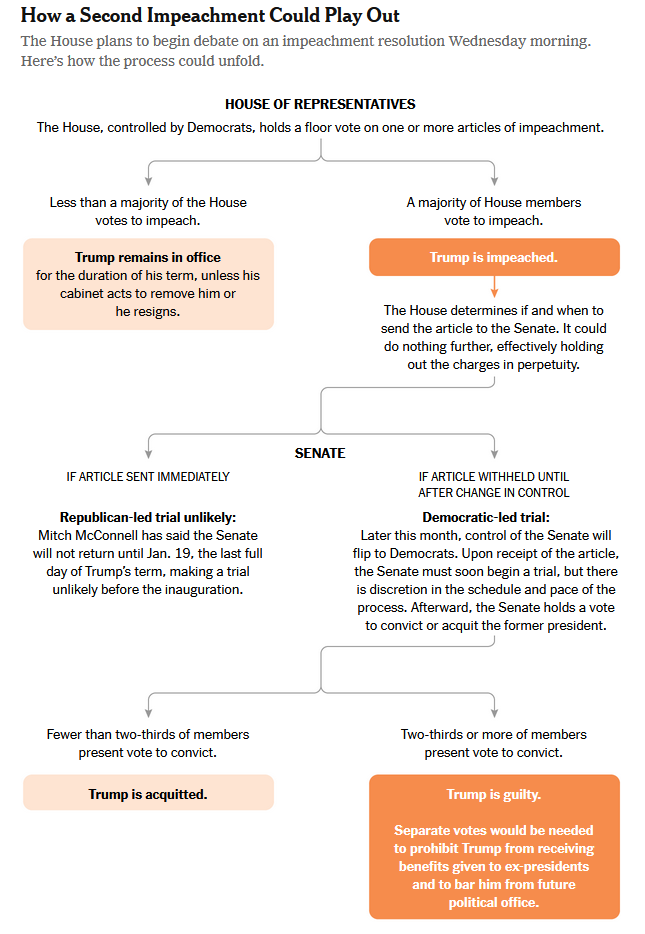 It is going to be a long road.

Source: Here’s what it would take to impeach a president in 12 days.

Now the wait begins for a book from Rudy...

Before that he needs to stop his leaks... One from the top and another one from his rear..

Also, I heard some talk show mention that 45% of Republicans in a survey support the move to storm the Capitol - Even if round it down to 33% or 1/3rd as an average .. Thats a quarter of a million people who voted for him, want this.

When a fake info, repeated again and again and again to turn an abstract thing into a reality ... a hope on a leader who could rid them of all the ills, and when the leader starts to speak the minds of those insecure people, you practically start believing and doing what that leader asks you to do.
Trump reasoned use of violence to get back to power and his supporters believed it.

Series on Joe Exotic with Nicolas Cage as lead

'America Is NOT Broke': Michael Moore Speaks in Madison

Nawaz Sharif is the new Prime Minister of Pakistan
2