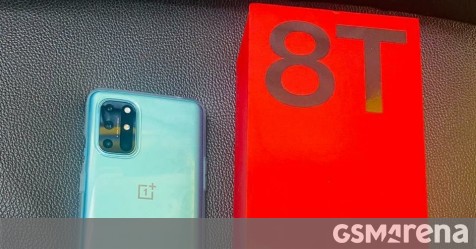 OnePlus 8T appears in the wild a day before its launch

Jio OnePlus 8T Offer - Buy OnePlus 8T and get cashback of ₹6,000 and other additional benefits in the form of discount coupons. Visit us now!

Apart from 8T belonging to company of Chinese origin, what could be other reasons/issues to not buy 8T?

What are the other options you're considering?

Majority phones, more or less, will have some part or the other that is of Chinese origin, directly or indirectly.
For your question, its a rebranded Oppo A 50, don't recall the exact model. I saw it on some video.
Rebranded is no harm per se, but just a point.
Also their Qa on software has taken somewhat a hit as from what I have read.
Besides, Carl Pei has also left so there is some vacuum in the company. There is lack of fresh ideas which would set it apart from rest of the crowd.
If I were you, I would wait for sometime till the dust settles and if I see some genuine "value for money"phone. Like more RnD in 2/3 cam setup instead of 4 setup.