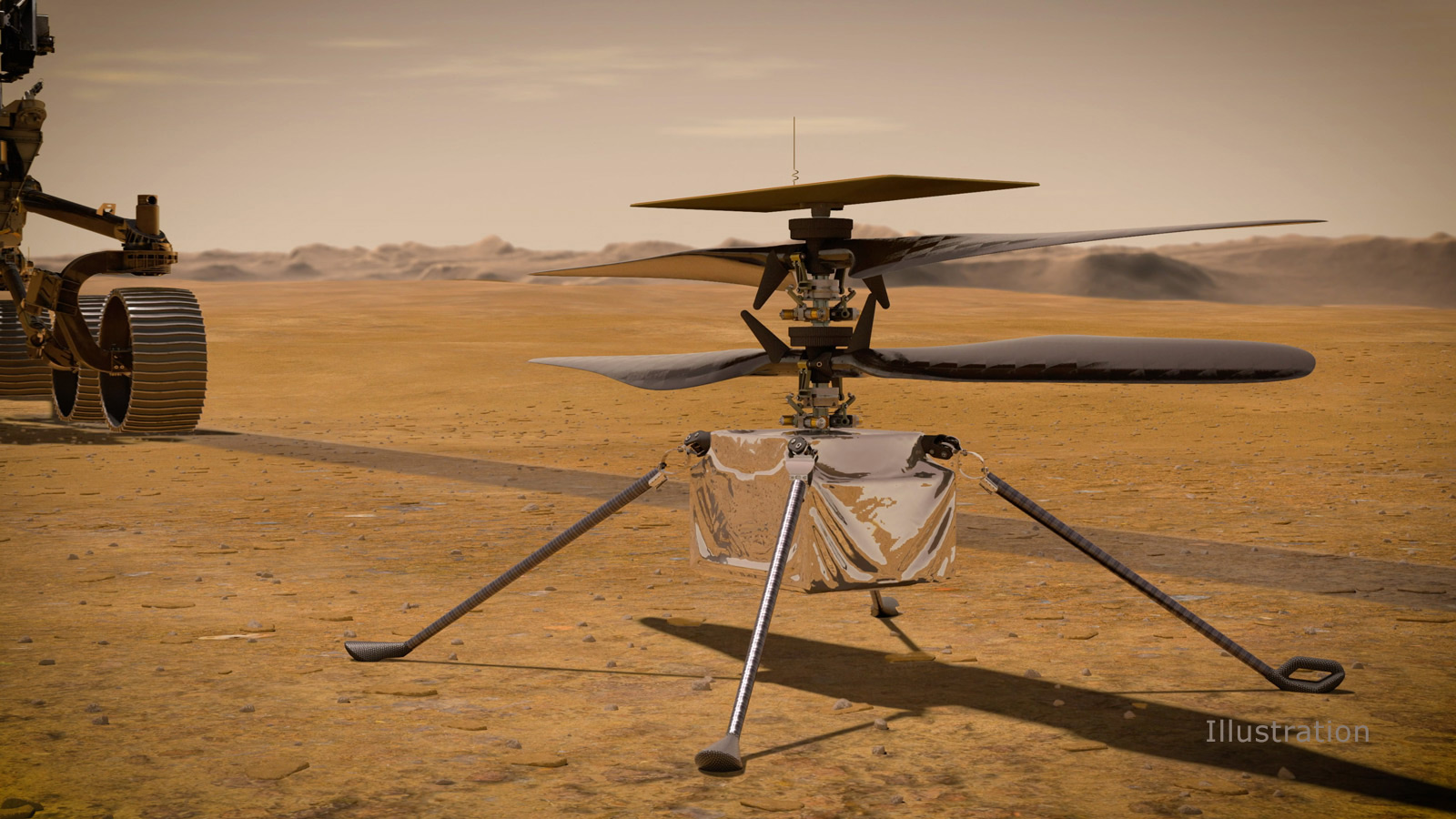 The Mars Helicopter is a technology demonstration to test powered flight on another planet for the first time.

NASA's Ingenuity Mars Helicopter will make history's first attempt at powered flight on another planet next spring. It is riding with the agency's next mission to Mars (the Mars 2020 Perseverance rover) as it launches from Cape Canaveral Air Force Station later this summer. Perseverance, with Ingenuity attached to its belly, will land on Mars February 18, 2021.

As a technology demonstration, Ingenuity is testing a new capability for the first time: showing controlled flight is possible in the very thin Martian atmosphere. If successful, Ingenuity could lead to an aerial dimension to space exploration, aiding both robots and humans in the future.
Click to expand...