Its usually confusing to decide which home router to buy. So I thought of listing down a few features (and a brief description) that could be helpful. A good document shared with some technical details below.

3. MIMO - Atleast 2x2 Mimo. Most wifi client devices only support that. Higher MIMO is better. But note that a 2x2 MIMO wifi device and wifi 5 router, on 80 mhz band on 5 Ghz wifi will give you actual speeds of <= 350 mbps at a close distance.

I'm attaching an image of iperf test on my mobile. It's a OnePlus 5 with 2x2 mimo. Connected to an archer c6 on 5ghz, 80hz band. Distance from router is less though, about 10 feet only. The iperf 'server' is running on a raspberry pi on my network itself. 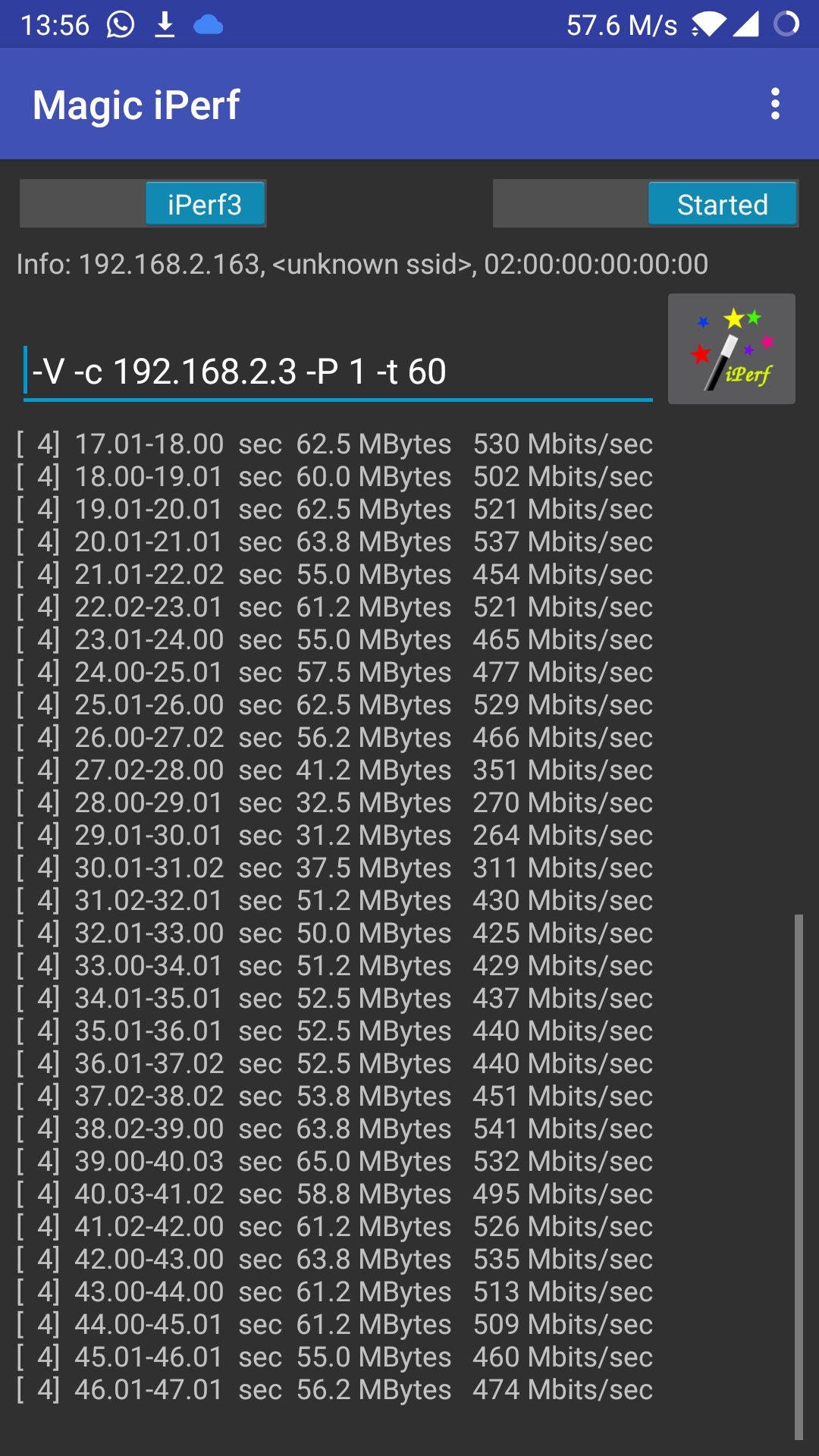 Perhaps the below threads will be helpful in selecting a router. Choosing one with a gigabit port is ideal.
Click to expand...

4. Beanforming - Yes, a good to have feature.

6. Wifi standard - Wifi 4 - n , Wifi 5 (ac), Wifi 6 (ax).
Wifi 4 - n only routers can safely be said to be outdated as of now. Decide between Wifi 5 and 6.
7. Software - a recent router model may be better supported that an older model. eg it may have features like WPA3 etc and more recent security updates. You could check for 3rd party firmware support also if you're up for it.

Our home walls (cemented, rcc) are not less than great wall of china.. end of the day 2.4ghz only works for longer range or between the walls

US has mostly wooden homes...

I think nighthawk (wifi 6) will be a great buy .

If your phone, pc or laptop doesn't support WiFi 6, it is useless to buy a WiFi 6 router. Only a very few phones like iPhone 11 & Samsung Galaxy S10 series support WiFi 6 right now.

You don't change your routers that often. So if you are going for a high end router... It makes sense.

Yes, to future proof your router

My suggestion is not to upgrade your router right now. Wait for another one or two years. By then, almost all phones will support WiFi 6 and the price of WiFi 6 routers also will be much lesser. Right now WiFi 6 routers are quite expensive

I am going to assume that anyone today buying a premium router probably has devices capable of utilizing those speeds. The market for these routers is very small especially here in India. Regular people do not spend 10-20K on routers. I haven't till now

thadougamer said:
My suggestion is not to upgrade your router right now. Wait for another one or two years. By then, almost all phones will support WiFi 6 and the price of WiFi 6 routers also will be much lesser. Right now WiFi 6 routers are quite expensive
Click to expand...

Or go one step ahead and split your router and APs.

How to bridge the following connections and other questions ! Pls help