did anyone invested in FT MF? 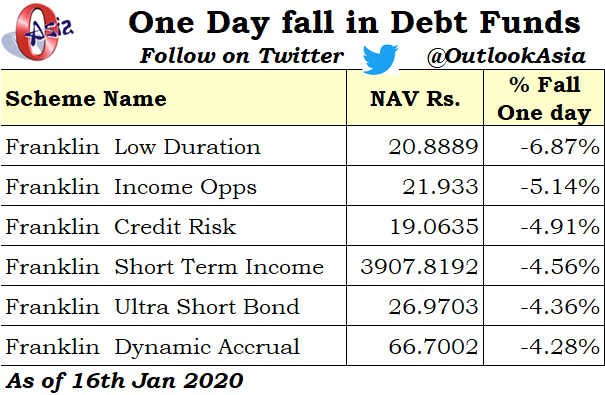 all their funds have about 4% exposure to voda. Doesn't look like voda will pay.

So what happens to voda users if voda-idea declares bankruptcy ? many users would have recharged with long term plans.
Last edited: Jan 17, 2020
S

Smh said:
did anyone invested in FT MF?

The German investment bank said, “The Aditya Birla Group (one of VIL’s co-promoters) may even consider getting Vodafone Idea to go into bankruptcy on the chance that it may be able to repurchase the rump of the business.”

It added that this was an “ambiguous area” with the government wanting to avoid promoters buying assets of their failed companies for fear of regulatory arbitrage, even though when it comes to self-declared bankruptcies, the rules are not entirely clear.
Click to expand...

@godric_gt All the more reasons for customers to jump ship. Especially those who get poor signal & speeds. Maybe that's why we don't see any new tech innovations/features coming from VIL now. Heard many of their staff are busy job hunting than doing the current job

The death of Vodafone Idea starting to become a real prospect

Just when we are saying RIP

Vodafone Idea's fight for survival continues for the sixth quarter

Govt should provide relief not sc. Intent is clear . Thats why jio paid peanuts in hurry. To hurt other.

Airtel raises doubts over its ability to raise funds