On September 1st, Reliance officially announced the Jio 4G services in India. The trail services which began from early 2016 will be offered for free until the year end. Along with Jio, the company brought up the LYF brand for selling their own hardware. LYF had good sales when the Jio Preview...

From the above (of course very old link) and other available rumors and info, we can reasonably guess that :
1) Triple play service is going to be announced during the AGM, which needs the release of STB also.
2) STBs are going to come with three specs.
3) The premium STBs are likely to be issued during this month itself, maybe against a security deposit either for the full cost of the STB or more likely for the difference in price between the issued premium one and the least priced one. (This alone can justify the earlier indications given by Jio that the first deposit at the time of issue of Fiber Router was towards both the Router and the STB)
4) Just like Routers have made three types of customers with Rs. 4500, 2500 and 1500 deposits, STBs may bring in further 3 sub-types of customers based on selected STBs.

We can share in this thread what all we gathered and heard about STBs and also all the process of issue of STBs.
Last edited by a moderator: Sep 12, 2019
R

I think they will delay the launch of IPTV, i haven't seen any consumer beta testing IPTV, only 2 videos available in YouTube.

Why would you post 3 year old article link with incorrect information.

In the near future, Jio will also launch the set-up boxes powered by Android. With the JioFiber’s 1GBPS connection, the users can get seamless experience though the JioFiber is said to available only for enterprises at least in the beginning. A few months back, the company has imported 15,00o units of set-top boxes at a price of Rs. 5,500 per unit. This set-top box (STB) is manufactured by Foxconn in Vietnam and comes with the model number MCM3100. But there will be two more models by the time of official launch.
Click to expand...

@Smh I posted the old link (I mentioned that it is old) because I believe that still holds good.
I am expecting that Triple play will be announced during the AGM and the STBs will be issued in a couple of weeks.
I also believe that the STB specs will be close to what is mentioned in the link provided in my earlier post.
Let us wait and watch hoping for the best.

some news websites have started highlighting dates in bright color on old articles. maybe more sites should do that. 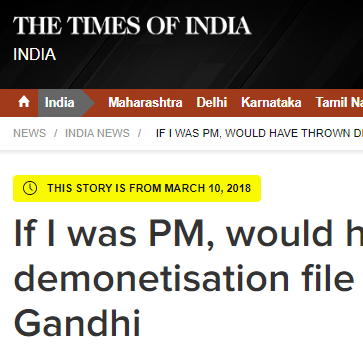 some even add it to the preview image shown on social media websites.
R 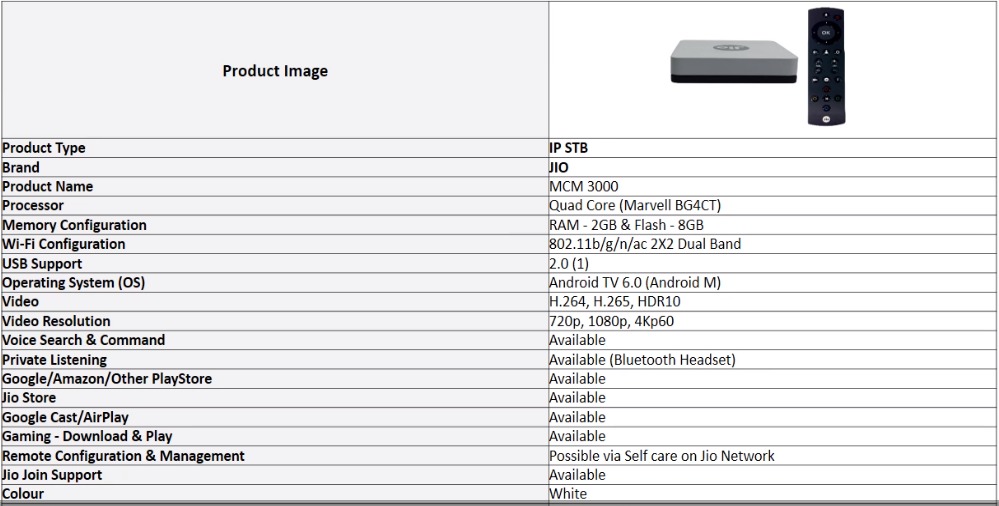 The specs posted is for MCM3000.
MCM3100 which, I believe, we will be getting is with some minor improvements.
Y

Glad that it has Wifi support. Can't imagine the mess if it would have been just a wired device.
M

For further insight into MCM3100: