VISA cards are easy to pay as they seem to have an official API. MasterCard not so much. PhonePe for instance has supported VISA credit card payments for long. Noticed yesterday that Paytm has a similar feature and seems to support MasterCard as well. I made a test payment which was confirmed. StanChart is not showing that payment yet. I assume it should appear in a day or two. Transaction details indicated that they are processing the payment using NEFT. I paid using UPI so they are basically acting as an agent in between rerouting the payment from UPI to NEFT. NEFT is officially supported on my card but forces me to use Yes Bank website/app as it cannot be used through apps like Phonepe or Paytm which rely on IMPS.

Anyhow. My question is… Anyone here pay their MasterCard CC bills using Paytm? Is it reliable?
C

Looks like they've begun accepting payments for all cards issued by all banks only recently. Up till a few days ago, it was limited to IndusInd Bank.

I've only made third party credit card payments via BillDesk and it shows up in the credit card statement in three days. I imagine it would be same in this case.

yeah. billdesk is what i used. till the payment gateway ended up timing out one time and i had to live in suspense for three days lol.
switched to neft after that and it has been great except for that fact that i absolutely hate yes bank mobile app.
so if Paytm turns out to be reliable, i would start using it for stanchart mastercard payment through upi. seems like a good option. it's just that their customer support is shit. so would be nice if PhonePe or even Amazon starts offering similar options in coming months!

it's also kind of annoying that not many banks are directly accepting payment through upi. neft is fine. but upi is just so convenient in comparison! just create a vpa for each credit card and accept payments!

got the confirmation last night on the stanchart app. got email confirmation in the morning. seems like a good alternative to paying through neft or billdesk.

I was looking at reviews of Cred on App Store and this was the first review: 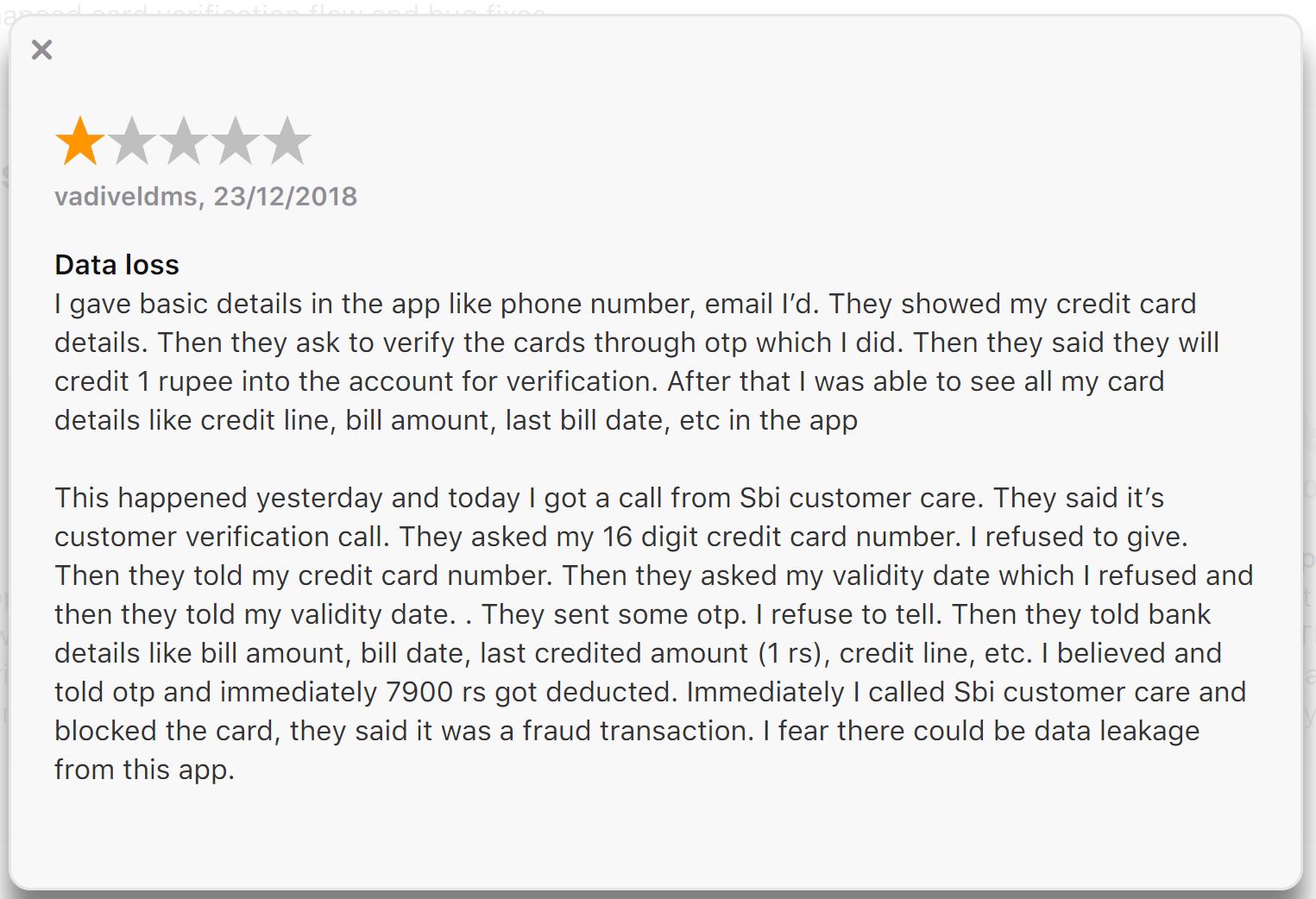 Doubt that it has anything to do with Cred but people should remember to refuse to share any kind of bank details over unsolicited calls.

now going to make full card payment through Paytm lol. for a company with useless customer support... this is going to be an adventure!
D