The Ministry of External Affairs on Friday announced that new passports will soon be printed without the usual last page of the document, which contains names of parents, and residence address of the applicant. The statement came even as it was declared that the passports for the Emigration Check Required (ECR) category will be issued with orange jackets.

“A three member Committee comprising of the officials of the Ministry of External Affairs and the Ministry of Women and Child Development was constituted to examine various issues pertaining to passport applications where mother/child had insisted that the name of the father should not be mentioned in the passport and also relating to passport issued to children with single parent and to adopted children,” the Spokesperson said explaining that the decision was taken after the committee gave its report to the MEA on the application from a single mother for her child’s passport.
Click to expand... 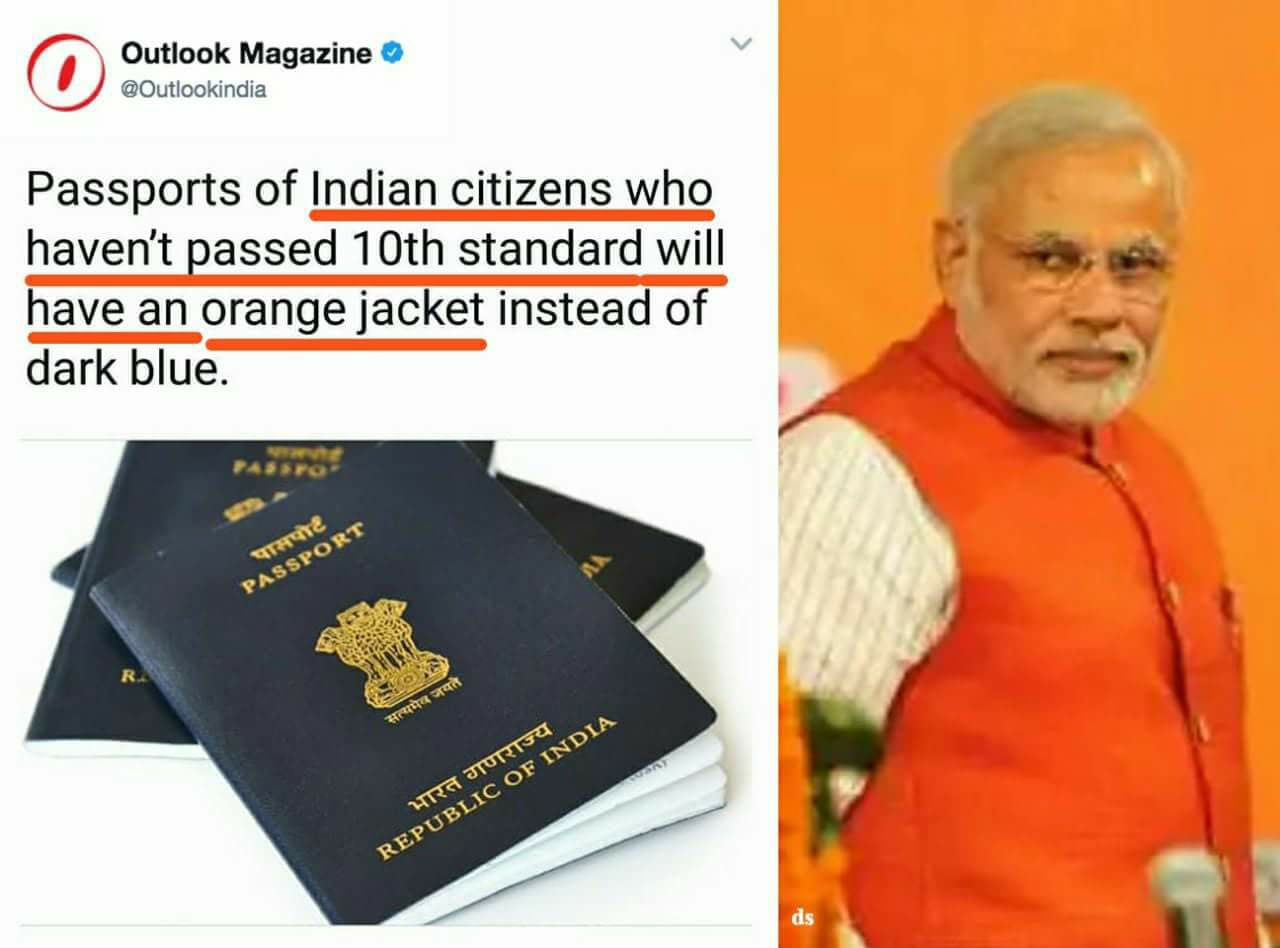 One country, two passports: Indians with less than Class 10 education to get orange-sleeved passports