Jenn McCoy and James Boehm from the Mixer team discuss great new updates to the next-gen streaming service, including Co-Streaming, the mobile Create app for mobile broadcasting, the addition of Channel One, a new page on the Xbox dashboard and much more!
Click to expand...


Meet Mixer. Mixer is the only next gen streaming service that offers viewers real-time influence and participation in live game streams. Streamers and viewers can connect like never before, engaging together to create a whole new streaming experience. Take gaming to the next level at mixer.com
Click to expand...

You may recall that Microsoft purchased Beam, a live streaming company, back in August of 2016. The Windows 10 Creators Update, which was released not too long ago, includes Beam support for streaming games without having to install additional software. Today Microsoft has renamed the service to 'Mixer,' and released a beta of the Android app.

Mixer's unique feature that sets it apart from competitors, like Twitch and YouTube, is that live streams have a very low latency. The service claims that its streams run with less than one second of delay, which is a far cry from the 10-20 seconds you can expect from other platforms.
Click to expand...

Mixer Create allows you to live stream gameplay and yourself directly from your mobile device, all in real time with Mixer’s FTL (Faster Than Light) protocol.

With the Mixer Create app, you can:
• Live stream both mobile gameplay and yourself with the push of a button
• Chat with your channel’s viewers while streaming
• Use your mobile device to manage chat while broadcasting on other devices, like PC or console
• Receive invites and participate in a co-stream with up to 3 other friends who are broadcasting on PC, console or other mobile devices
• Edit your profile and channel settings

Mixer is the only next-gen streaming service that offers viewers real-time influence and participation in live game streams. Streamers and viewers can connect like never before, engaging together to create a whole new streaming experience.
Click to expand... 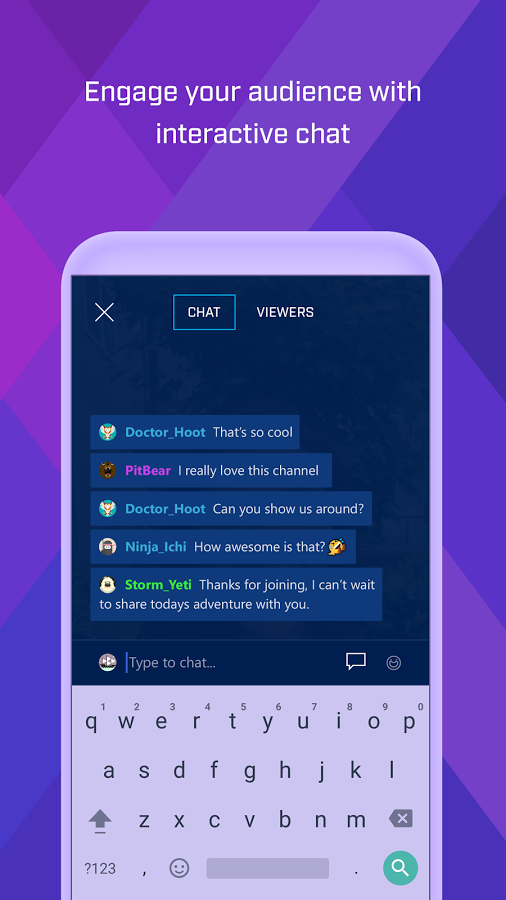 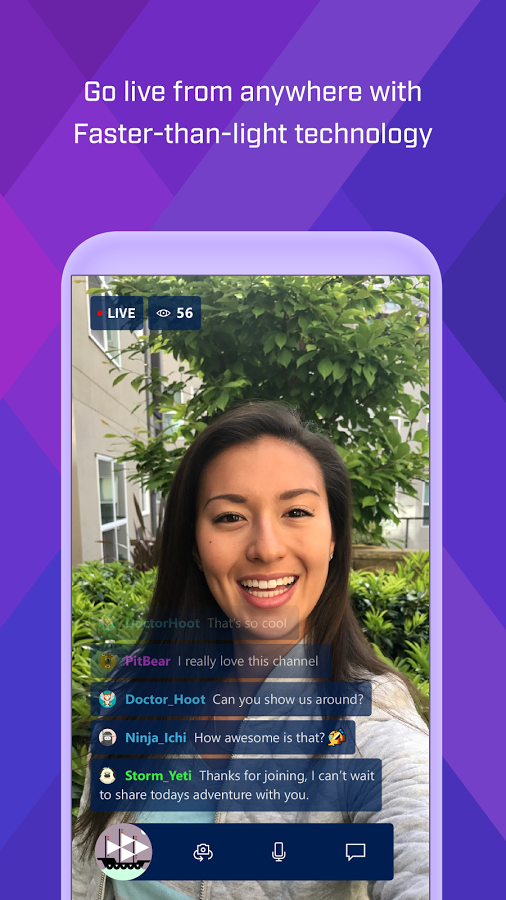 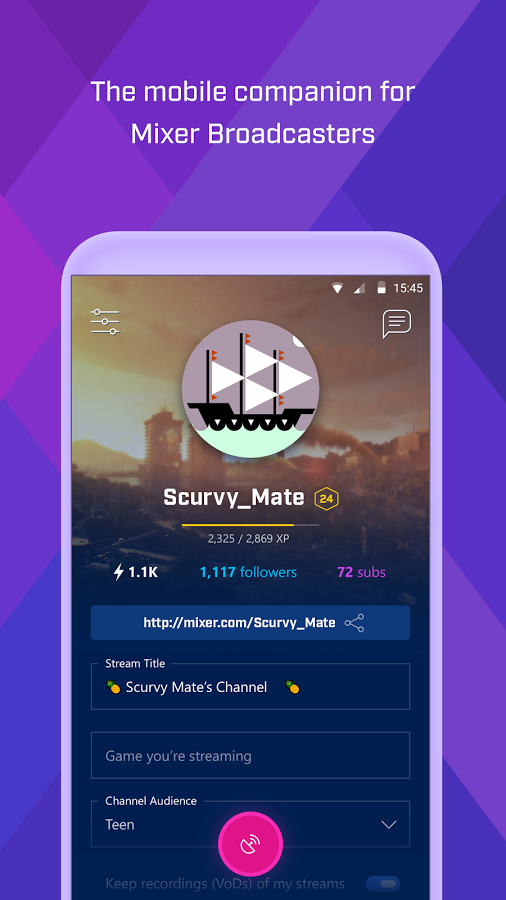