Artificial Superintelligence on the App Store

Slide either left or right to train your AI, handle the bizarre requests of Silicon Valley residents, and explore parallel universes.

If you can keep your employees, your investors, the government, and the internet from tearing apart the fabric of society, then maybe you'll actually bring about the Singularity.

But you'll probably just get arrested by the FBI. Or kidnapped by an obsessed superfan. Or consumed by a swarm of nanorobots.

Features:
- Hilarious branching story overflowing with sci-fi weirdness.
- Level up your dumb-as-rocks AI to the point where she’s millions of times smarter than every human who ever lived, combined.
- Every time you play, you start in a new parallel universe; most are pretty similar to ours, but some have… diverged.
- Meet characters like a hipster, an elder god, and a naked time traveler.
- Learn how AI really works - and all the ways it can be both good and bad for humanity.
- Find all 52 unique endings, such as the one where your cat Captain Whiskers enslaves humanity.
- Music made by an actual artificial intelligence (ha ha, machines are coming to take all your jobs).

Apps starring the AI construct CARROT have been featured by Apple, The New York Times, Good Morning America, and Wired, and are beloved by millions of meatbags the world over.
Click to expand... 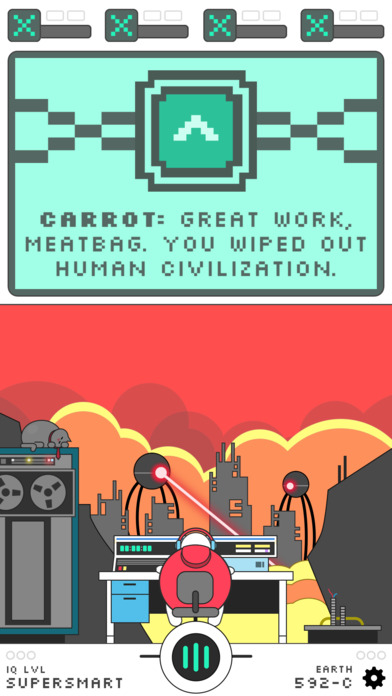 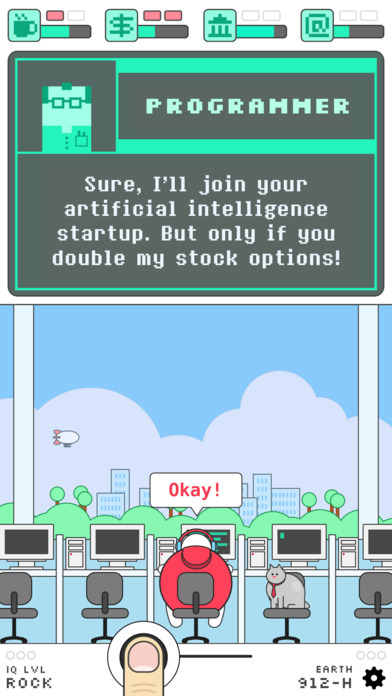 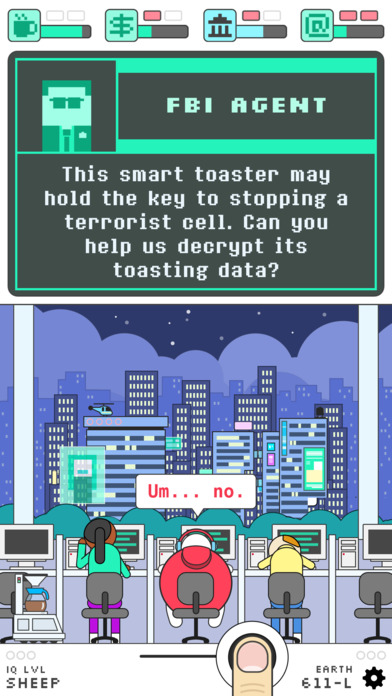 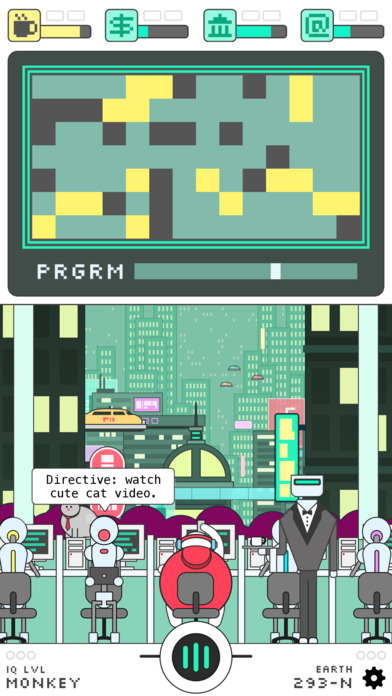 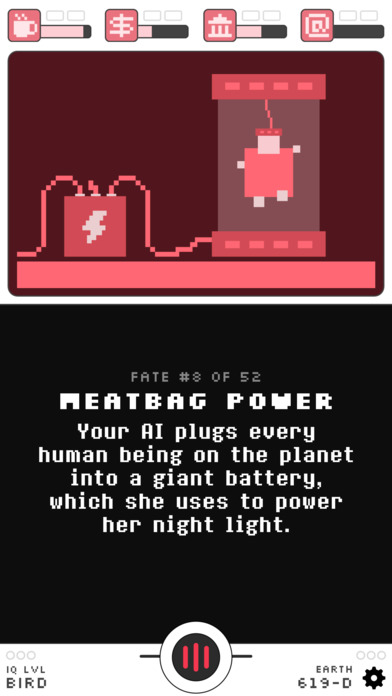