There is no indication that the tweet is sponsored. The actress did not use a Lyf device as the tweet has been posted using an iPhone. Proof in attached image. If one looks at her recent tweets, most of them are posting using Apple devices or through a web browser. It is clear that she is not tweeting about Lyf devices because she likes them. She is doing so because she is being paid to do so. I think it's time we have rules similar to USA where celebrities and social media influencers have to disclose any social media post that are sponsored or paid for inside the post's content itself.
Click to expand... 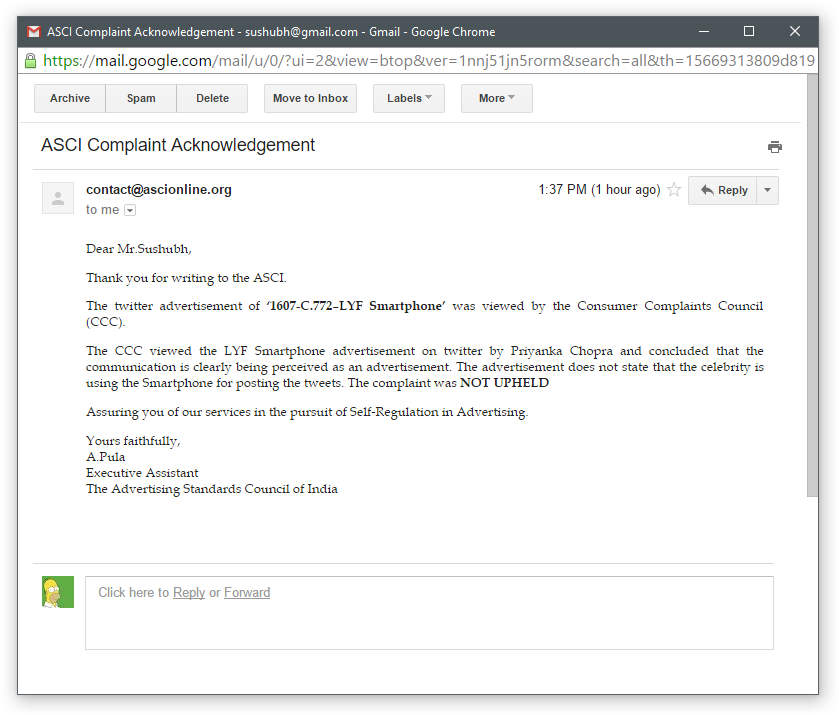 FTC in USA appears to be getting strict about this.