MTNL (General) MTNLAds.in: MTNL is now opening selling ads that are injected in your emails

MTNL Advertisements made by Carizen

I have been noticing some changes in code today. Might be getting closer to launch.

Site seems to be down

It has been like this for months now. I just keep monitoring the code using a browser extension and something was changed this week. Either they are getting close to launch or someone at MTNL or Carizen just decided to move things around for timepass.

If site was down - how did extension find code change?

i have never really found it to be down. whenever i load it, it shows the same shitty landing page with a dead counter. which is what it is showing me right now. 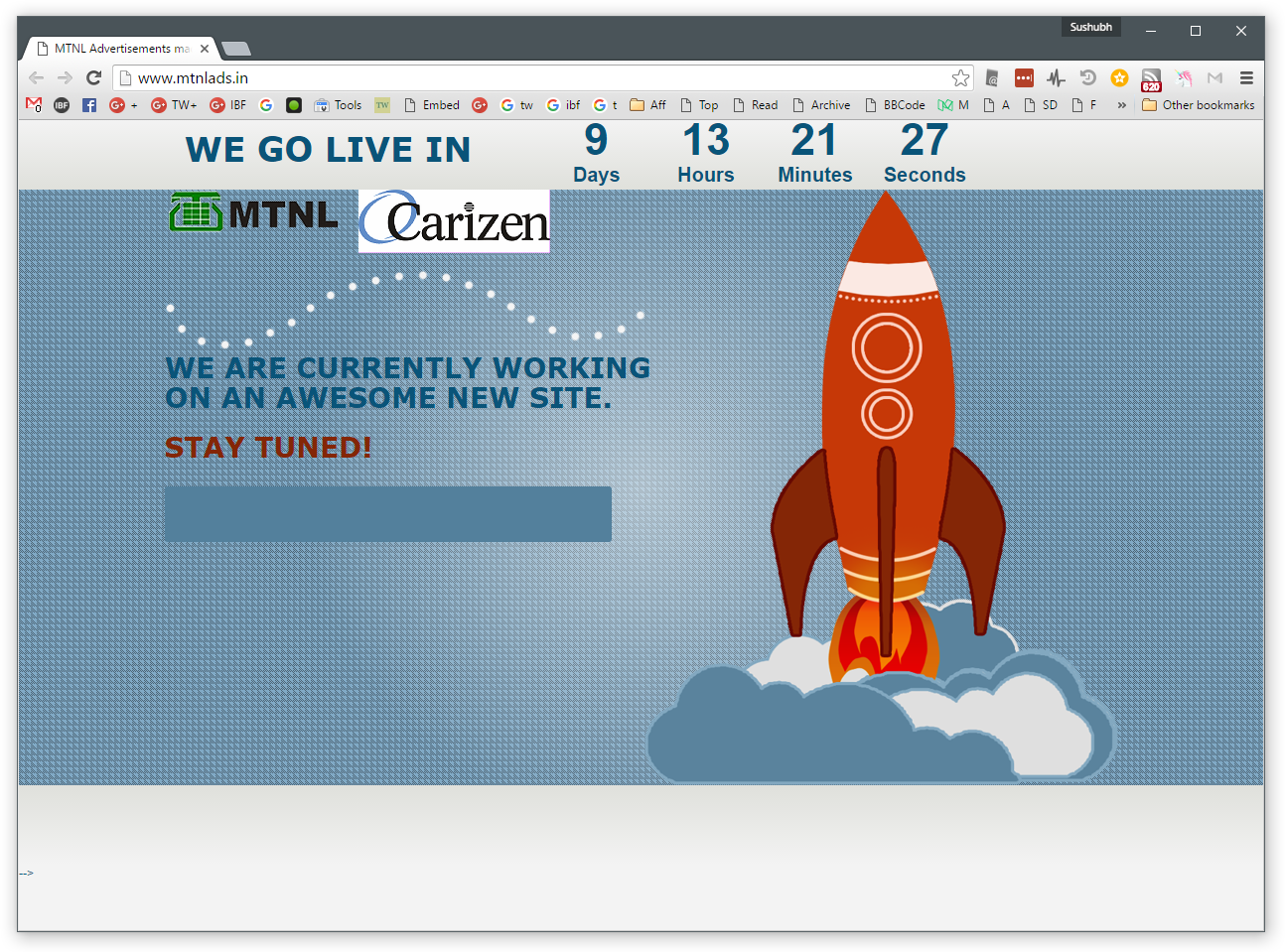 wow. just realized. the counter is working. it just needs a page refresh! so the portal is actually going to launch in 10 days

Oh it opened now for me too! 10 days and MTNL ISP will become MTNL advertising agency!! With ads all over web pages!!

Assuming they are actually working on creating a publicly visible ad exchange which would glorify the scam that they are playing on their paying subscribers... I doubt that they are on a strict deadline to launch the portal on such and such date.

It would be insane if they do launch an ad exchange allowing anyone to bid on ads that would be injected in browsing sessions of paying MTNL Broadband users around the country.

Yes there may not be deadline but clearly based on website name "mtnlads" they are definitely planning to bombard ads on paying customer.