India is closing on 2mbps!

In India, 7 Star Digital rose four spots to No. 3, increasing its average monthly speed to 2.06 Megabits per second (Mbps), up from 1.77 Mbps in December.
Click to expand... 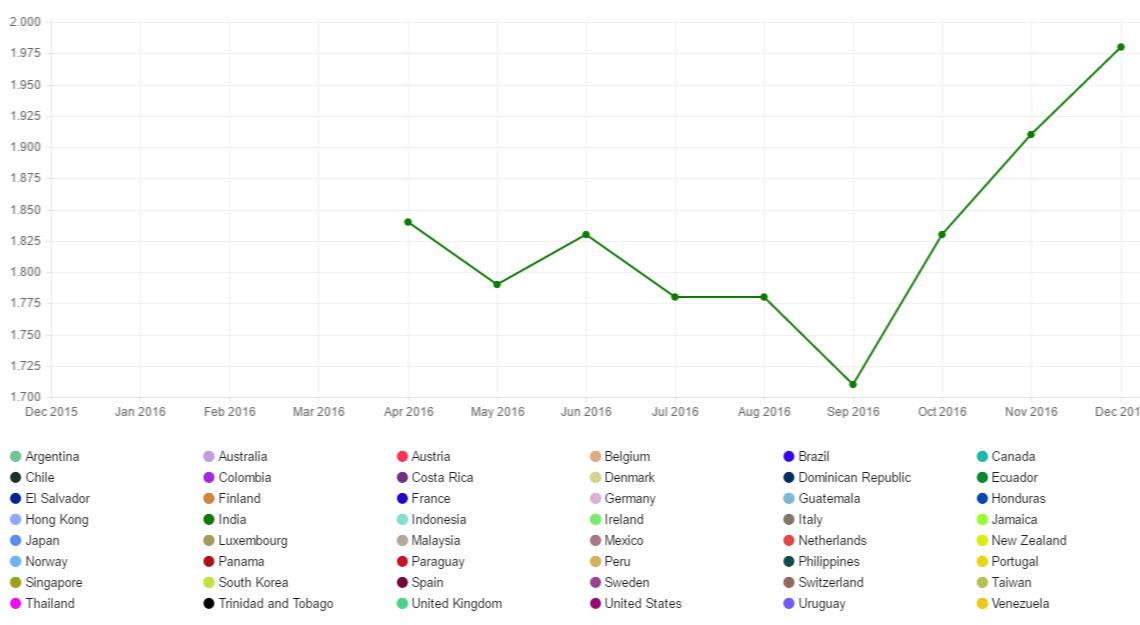 Airtel is still at the top. 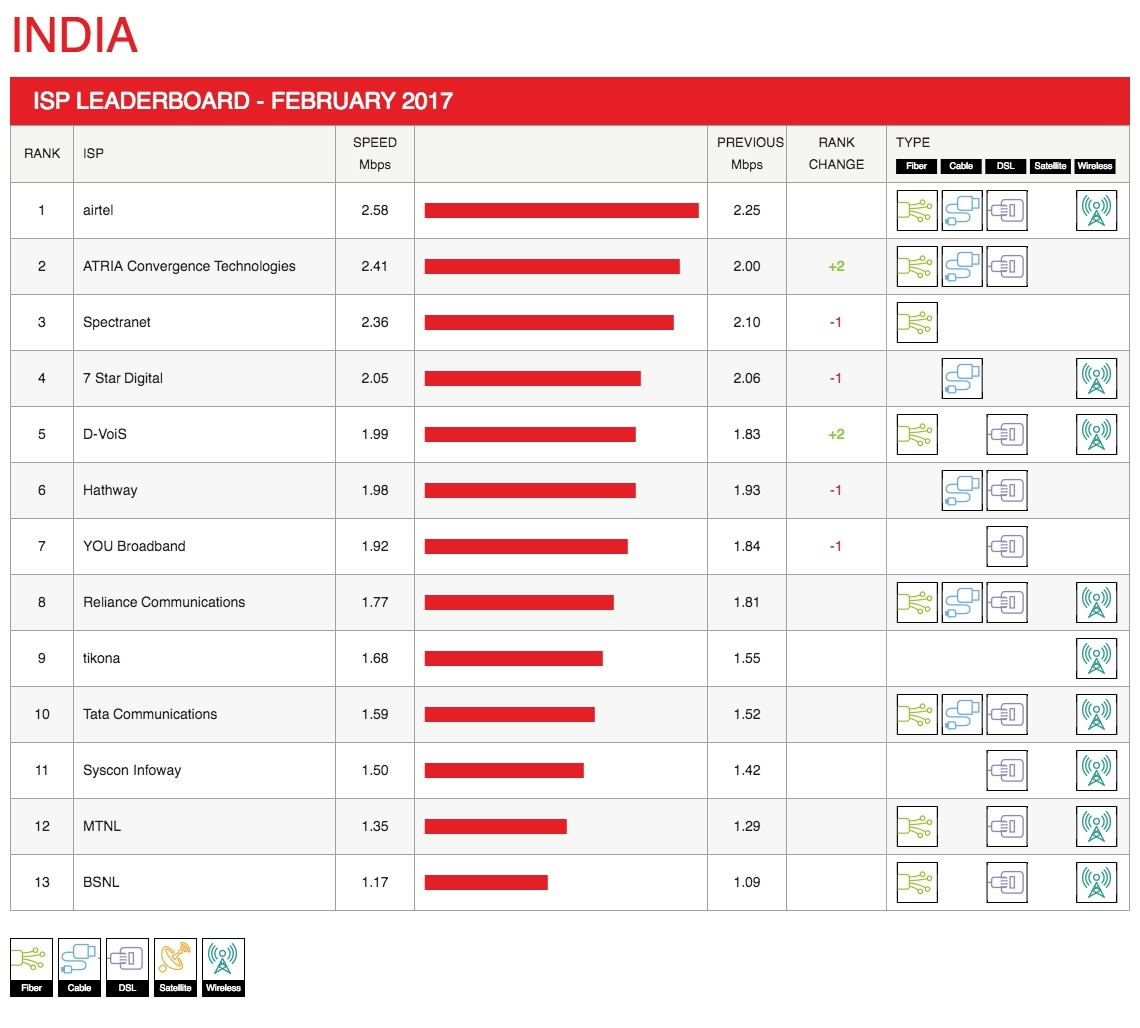 Why's Airtel above Spectra? And where is Excitel if Tikona is there?

Excitel does not have a large customer base. Tikona is much older and probably has a lot more customers. Airtel no longer restrict customers by speeds even though bandwidth is restrictive so they do better than bsnl and other dsl based companies. It is still confusing that bigger private players offering fiber based services like act are not above them considering airtel is averaging at around 2.5mbps.

There is some problem in their tests. Japan ISPs can't average 4.5mbps max..

well i am guessing not everyone in japan is connected at gigabit speeds i mean speedtest.net named airtel the fastest network in india but since it's for mobile i think so i guess that makes more sense.
R

The top 2 are connected through fibre only. So don't think it's likely they don't have HD level bandwidth? I guess doing speedtest or direct download from overseas servers is better measure at least

another thing to remember... people are unlikely to be downloading at uhd quality speeds on their mobile devices. so netflix might be consuming data at lower speeds. i mean i have rarely seen netflix consuming more than 4-5mbps on my PC. it does not mean that my connection is 4-5mbps!

W
Does India have equivilent of netflix\hulu VOD?

Even with HTTPS, ISPs can still see the domains that their subscribers visit.